Home » Beer » And Now For Something Completely Different

I love to drink beer seasonally and for me the impending Fall means Browns, Pumpkins, and Oktoberfests. Sierra Nevada's regular Fall seasonal, Tumbler, is probably my favorite brown this time of year. I've already enjoyed a few in early September.But t...

And Now For Something Completely Different

I love to drink beer seasonally and for me the impending Fall means Browns, Pumpkins, and Oktoberfests. Sierra Nevada‘s regular Fall seasonal, Tumbler, is probably my favorite brown this time of year. I’ve already enjoyed a few in early September. 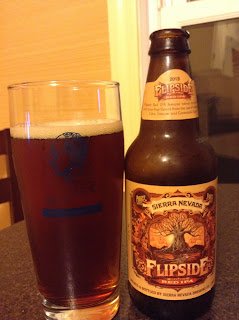 But this year, Sierra Nevada switched things up a big but adding an “Early Fall Seasonal” to their lineup: Flipside Red IPA.

Funny story. I was out at the store the other day. I saw this on the shelves and I thought “hey, that looks good. Let’s try it.” So I bought a six pack.

Later that day, Matt came home from playing golf with a friend and in his hand he held…a six pack of Flipside Red IPA. Great minds think alike, as they say.

Yesterday, Matt and I got together with some friends from Minnesota on a Google+ Hangout that we like to call Thirsty Thursdays. They are super fun and you should do them with your friends from around the country and the world. Everyone grabs their favorite beverage and hops into a Hangout. It is just like going out to the bar with friends except you’re on the Internet!

I popped open a couple of Flipsides to enjoy as we chatted.

For an IPA this is an extremely mild beer and not overly bitter at all. There is a great interplay between the citrusy hops and the maltiness of the well crafted red ale. As advertised it is a lovely early fall beer to prepare for the coming of the season. If you can get Sierra Nevada in your area definitely give this one a try before it is gone.

Laura M. LaVoie is a freelance writer living in Asheville North Carolina. She lives in a 120 square foot house in the mountains north of Asheville with her partner, Matt, and their hairless Sphynx cat, Piglet. The tiny house is off the grid and the couple generate all of their power through solar panels and collect all of their water from a natural spring. When not living off the grid, Laura enjoys the beer culture of the Asheville area, voted Beer City USA 4 years in a row.
Previous Day 9: Coffee and a pug?!
Next Day 10: The place with the cure for everything. 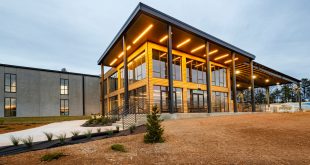