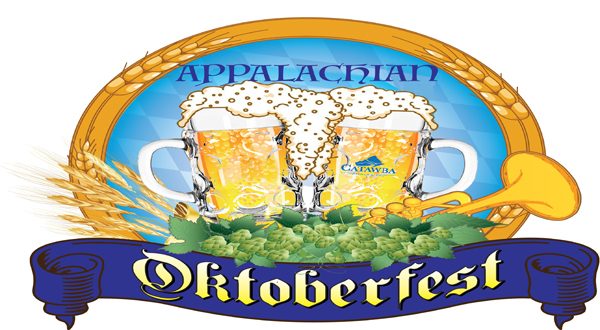 Catawba Brewing will host Appalachian Oktoberfest under the Festhalle erected in the side Courtyard at 32 Banks Avenue on September 22.

Cecilia’s Culinary Tour comes to the Courtyard at Catawba Brewing, for another culinary adventure.  This time, the creative Cecilia will delve into German foods most associated with Oktoberfest. Two food stations will be set up for faster service and the menu will focus on classic south German foods, including pretzels, cured pork dishes, and a dessert that will knock your lederhosen off!  Cecilia describes the dessert as pumpkin, dipped in lime to make it crunchy on the outside, then boiled in maple syrup and served with brie and walnuts.

Food will be available starting at 2:00PM with the release of Catawba’s first Dunkleweizen at 2:00PM.  This traditional German Dunkel Weiss imparts sweet and chocolate flavors, which  meld with the traditional clove and banana flavors from German Weizen yeast.

Catawba also brewed an Oktoberfest beer which will be available at the Appalachian Oktoberfest as well.  Dubbed “Liquidlogic Fest Bier,” it  is brewed with traditional German malts and noble hops. The flavor is highlighted with lightly toasted bread notes whose sweetness is balanced by the noble hop profile.

Both of these small batch beers are available only on draft at Catawba’s three tasting rooms: 212 South Green St. in Morgantown; 63 Brook St. in Biltmore Village Asheville, and 32 Banks in downtown Asheville.

The Blue Ridge Roller Girls will be hosting a series of competitive games in the Festhalle beginning at 4:00 PM. Teams or individuals are welcome to participate in the competition, which includes a stein hoist, a tug-o-war, apple bobbing, and corn hole championship. Catawba prizes will be awarded to the winners.  The top prize is a gift certificate in the amount of a sixtel
KEG OF BEER so the winner can host their own backyard party this fall!

Music will begin at 4:00 PM with an Appalachian opening PARTY D.J.  Then, at 7:00PM, Alexa Rose will be appearing on the outdoor stage.

More about Cecilia:
Cecilia previously co-owned the restaurant Cafe Soléil in Asheville.  Cecilia’s Kitchen currently has a restaurant at 961 Merrimon Avenue and a food truck focusing on tasty crêpes, tamales, and empanadas. She also owns La Guinguette in Black Mountain.