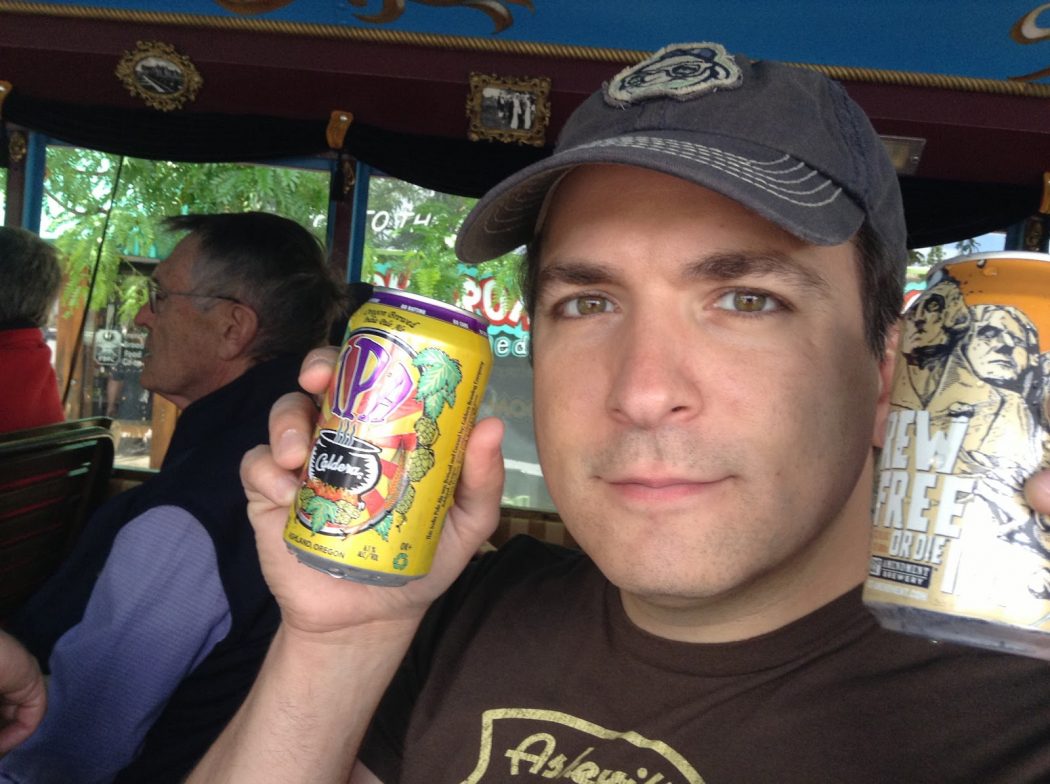 This weekend kicked off the second annual Asheville Beer Week. I have been waiting 365 days for this week long, city wide event.

The week started off with a bang. On Sunday afternoon we went on the LaZoom Comedy Tour which featured a special Beer Week performance by local sketch comedy group The Ferrel Chihuahuas. I will say I had no idea what to expect but it was a crazy good time. Beer was supplied on the bus by Bruisin’ Ales and Asheville beer celebrity Julie Atallah was on hand for the tour. The comedy was top notch and we stopped at not one but two breweries along the way. (Wedge and Dirty Jack’s, if you’re keeping score.) As a side note, at the Green Man tasting room (AKA Dirty Jack’s) we were able to check out their Rush Tribute Beer to celebrate the Canadian band’s induction into the Rock and Roll Hall of Fame. As a lifelong Rush fan this was kind of exciting and the Red Barchetta did not disappoint. The trip was so crazy that a friend sitting on the patio of a local bar heard us drive by while we were singing the fantastic song, “A Moocher is a person in your Beer-borhood.” You know the tune – from Sesame Street. Other versus included the Hipster and the Beer Snob. Fantastic. I’ve had the song stuck in my head for days now.

I find it hard to believe that much will top the LaZoom and Ferrel Chihuahua Comedy Beer Tour.

On Monday we took things easy and went to dinner at Jack of Hearts where we are Monday regulars.

Then yesterday (Tuesday if you’re keeping track) we made it to three total places. First, we had to make a stop at Bar of Soap mostly because we had to do laundry. I love their canned beer selection and a current favorite is Uinta Brewing’s Sum’r ale which is easy to drink and only 4% alcohol.

In spite of the photographic evidence I do not recommend the consumption of laundry soap with your beer. Also, in case your wondering, the sock change purse is where we keep our laundry quarters. It made sense. You know, because it is a sock.

After our Laundry was done we went right up the street to Luella’s BBQ which was hosting a “Duck. Rabbit. Pig.” event with Duck Rabbit Brewing out of Farmville, NC. We were able to meet the beer rep from Duck Rabbit, but unfortunately I don’t not remember his name – though we did talk with him for quite a white. Luella’s had prepared several small plates so we ordered one of each and they were amazing. The best being apple, bacon, and cheddar fritters with a molasses butter sauce. I would eat those every day. We also had a Duck Rabbit Milk Stout float made with the stout, of course, and Ultimate Ice Cream‘s salted caramel flavor ice cream. It was absolutely delicious and decadent.

After Luella’s we walked up to the Asheville Brewing Company’s Brew and View on Merrimon. We wanted to try their special Beer Week release of the Perfect Day IPA. It was very hoppy and quite refreshing. At this point I had forgotten I was trying to take photos so you’re just going to have to imagine it.

There are more events for the rest of the week – including the Beer City Festival on Saturday. Stick around and I’ll share more about our fun times.

Laura M. LaVoie is a freelance writer living in Asheville North Carolina. She lives in a 120 square foot house in the mountains north of Asheville with her partner, Matt, and their hairless Sphynx cat, Piglet. The tiny house is off the grid and the couple generate all of their power through solar panels and collect all of their water from a natural spring. When not living off the grid, Laura enjoys the beer culture of the Asheville area, voted Beer City USA 4 years in a row.
Previous West Asheville Walk for Safety
Next The Asheville Annual Yarn Crawl