The Asheville Mall, located on 3 South Tunnel Road, has been experiencing a high number of turnover in recent years. We’ve seen a large amount of stores come and go, and there have been plenty of rumors flying about what store is closing next. Don’t worry, we already found out that Sears is not going away any time soon. Last year, Asheville Mall underwent it’s biggest ‘renovation’ in years, where several stores relocated, and European fashion clothier H&M moved in. While I am sure the mall anticipated this would be an impressive new draw for shoppers, it appears that other stores continue to struggle.

Banana Republic, a staple in the Asheville mall for an extended period of time has recently closed. Most likely this is due to the fact that a Banana Republic Outlet was announced to be opening inside of the new Asheville Outlets. Not only is the mall feeling the loss of that store, but Radio Shack, which opened less than a year ago is holding a going out of business sale. Several kiosks in the mall also sit vacant, and two restaurant spaces are available for lease in the food court.

While some stores are in the process of closing, popular clothing store Buckle is undergoing renovations with the intent to be bigger and better than ever. While they have temporarily changed locations during the remodel, they gain a new neighbor. Vans Shoes will be opening soon, next to the renovated Buckle storefront which is in close proximity to the food court. Shoe lovers will rejoice that Vans brings yet another shoe store to Asheville Mall. At last count, there were 8 shoe oriented storefronts at the mall, out of 90 stores in total (this is not including kiosks).

Will Asheville Mall rise up to overcome to win what appears to be a losing battle, especially with the most recent challenge of Asheville Outlets?

This article was brought to you by one of our awesome staff writers. Some of our writers don't want the fame and glory that comes along with being awesome, so we respect their privacy. Want to tell them how good their work is? Write a comment below and leave them some love!
Previous Bonfire Barbecue Set to Open in West Asheville
Next Community Supports Melanie Fore In Her Battle To Survive Leukemia 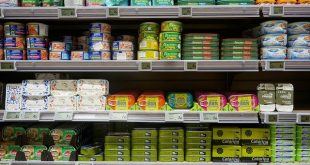