Home » Beer » Autumn Beer with a Side of Laundry 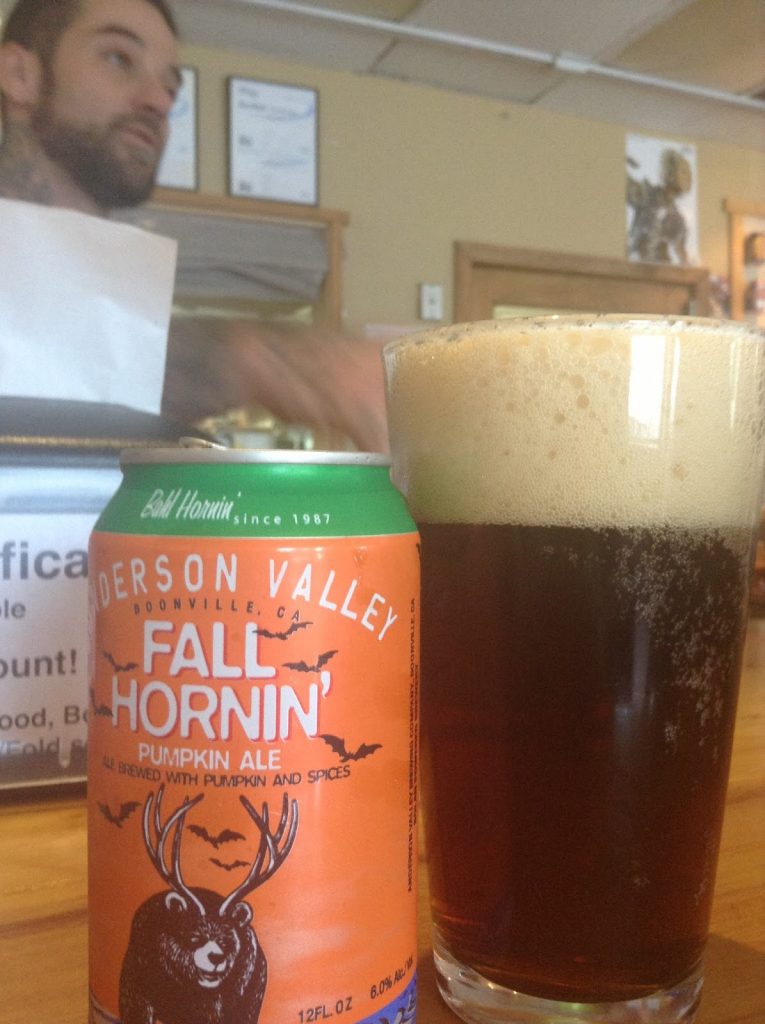 Autumn Beer with a Side of Laundry

It is no secret that I am a huge fan of The Bar of Soap on Merrimon Road in North Asheville. This Laundromat that is also a bar that is also a used book store that now also serves food is a great spot to spend an evening. You can get your clothes clean, chat with the bartenders and locals, and enjoy some amazing craft beer.

Bar of Soap specializes in canned beer and they have almost 70 choices. Almost every week we go in they have something new to show us.

And their autumn beer selection so far is pretty awesome.

The first autumn beer I tried was the Anderson Valley Fall Hornin’. This California brewery has some pretty delicious beer so I was hopeful that I would enjoy their pumpkin ale, which is an incredibly divisive beer style. The only downside to a can beer bar is that you can’t have a taste before you buy the whole pint.

However, I was not at all disappointed. I have learned that there are two general types of pumpkin ale. You could say “good” and “bad” but that would be awfully subjective since not everyone enjoys the same flavors. I have found that they fall into the categories of “actually tastes like pumpkin,” and “tastes like pumpkin pie.” I personally enjoy the beers that have more of a pumpkin spice flavor than those that taste fruity. Among my favorites are Dogfish Head Punkin and Weyerbacher Imperial Pumpkin. Fall Hornin’ definitely fell into the pumpkin spice category and I really enjoyed it. Since we are at Bar of Soap once a week I expect that I will be enjoying it all season, unless they bring in something else new. 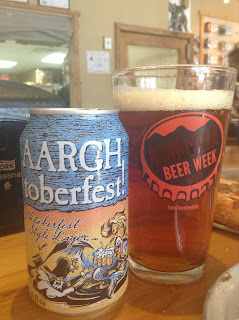 Also on “tap” at Bar of Soap is the Heavy Seas AARG-toberfest. My favorite thing about Heavy Seas brewery is their commitment to their theme. All of their beers have a fabulous pirate style and would be an excellent edition to your pirate themed party…or wedding!  Don’t forget International Talk Like a Pirate Day coming up on September 19th!  Oktoberfests are one of the three beer styles I equate with autumn – next to pumpkins and browns. I use to think I wasn’t a big lager fan with the exception of Oktoberfests but this summer I was enjoying kolsches and pilsners so what do you know, my tastes have changed yet again. But Oktoberfests have a very rich and delicious flavor that most lagers don’t have and I can’t wait until the weather starts cooling down to drink them. AARG-toberfest is an excellent example of an American Oktoberfest lager.

So, if you need to get some laundry done and feel like having an fall seasonal beer while you’re at it, head over to Bar of Soap and give these two a try!

Laura M. LaVoie is a freelance writer living in Asheville North Carolina. She lives in a 120 square foot house in the mountains north of Asheville with her partner, Matt, and their hairless Sphynx cat, Piglet. The tiny house is off the grid and the couple generate all of their power through solar panels and collect all of their water from a natural spring. When not living off the grid, Laura enjoys the beer culture of the Asheville area, voted Beer City USA 4 years in a row.
Previous Day 7: Coffee is RAD!
Next Day 8: The Sanctuary at Asheville’s Dobra Tea Room.