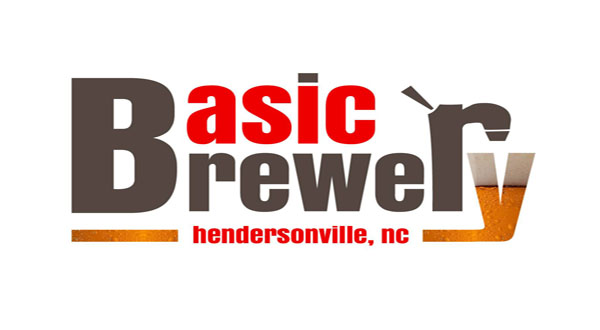 In Hendersonville, Rich and Linda Wenger are gearing up to open a new brewery.  Construction is nearing completion on Basic Brewery, a taproom that aims to “serve Western North Carolina’s best local beer and [their] own delicious handmade beers.”

Through the lens of today’s cultural associations, the name may not strike you at first, but other definitions include “fundamental” and “essential.” Basic Brewery wants to be that staple pub by offering the best ales from the smaller breweries around the area not normally found at your average taproom or restaurant starting mid-February.  Their intention is to begin brewing their own recipes within a few months.

The Wengers previously helped found and operate Dark Corner Distillery in Greenville, SC, where Rich designed and built the brewing and distillation system.  He also crafted the recipe for their award winning moonshine.  I asked them what type of brews they would be primarily making, they said they both enjoy “peppery beers,” using hot peppers and other infusions.

Basic Brewery is still awaiting their brewing system, which will be shipped in from Portland, OR later this year.  They will be operating on a 1.5 barrel brewing system, giving them the freedom to experiment with unique and compelling infusions.  All of the beer will be available in their taproom alongside their guest taps.

The location itself has some history of fermentation as well.  131 Third Ave, unit W previously housed Falderal Winery, which closed in February of 2014.  Now, almost exactly 2 years later, Basic Brewery hopes to bring the location back to life.

Since moving from Virginia in early 2014, mainly for the craft beer and the live music, I’ve been involved in following both very actively. My herbalist girlfriend and I also enjoy getting out in nature with our dog, wildcrafting the edible and medicinal flora and taking in the beautiful scenery. My past experience in graphic design and working with signs landed me my first job in Asheville, where I was fortunate to meet a lot of up-and-coming as well as long established local business people. Now I am a salesman for Arcdyn Inc., a local wholesale security camera distributor, while writing about beer and music as a hobby. I am also very excited to be a part of the Asheville Blog team!
Previous Asheville Adventure Rentals Changes Name to French Broad Outfitters
Next Patton Avenue Pet Company Announces Third Location