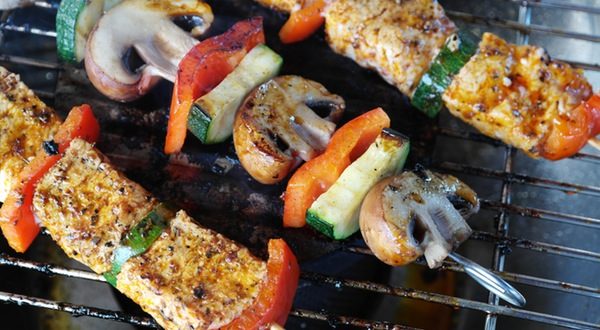 The Best Chicken Appetizers and Different Twists from Around the World

Have you ever found yourselves in a situation when you need a recipe that is somewhere between mundane and extraordinary? If so, then you must have thought of preparing some chicken appetizers. But let’s get one thing straight, these are extraordinary in taste, and the above-mentioned criterion refers to the difficulty of preparation J. What follows is a thorough explanation of how chicken appetizer recipes, more precisely kebabs vary from cuisine to cuisine.

We all know what the Asian cuisine is all about: mixing flavors and textures, and implementing soy sauce anytime you can J. The most used ingredients (apart from soy) that are present in this cuisine include rice, garlic, ginger, onions, and tofu.

And my all-time favorite, and quite possibly the recipe for the best chicken appetizers ever, includes many of the ingredients listed above. Slices of chicken breasts marinated in a mixture of soy sauce, pineapple juice, sugar, ginger and garlic and then sprinkled with sesame, an enjoyable bite filled with Asian flavors!

Although it is considered a Mediterranean cuisine, Greek cuisine has also been largely influenced by the neighboring Balkan Peninsula. As for the staple ingredient, just like soy is to the Asian cuisine, olive oil is what the Greek one is all about. Greeks can boast with the best olive oil on the planet. Apart from this oil, the cuisine is dependent on grains, vegetables (aubergine, cheese, olives, zucchini), and meat (white and red, including lamb, poultry, and pork).

If you want to give your chicken appetizers a Greek twist, then be sure to use peppers, onions. and zucchini apart from the chicken slices. As for the chicken itself, marinade it with ingredients like olive oil, lemon juice, vinegar, garlic, oregano, basil, thyme, coriander and of course, salt and pepper.

Of course, another staple in this cuisine is the Tzatziki Sauce, and for this sauce, you will need a cucumber, Greek yogurt, a clove of garlic, lemon juice, parsley and some olive oil. In a few minutes, you will have a sauce ready for your souvlaki to be dipped into. Opa!

The interesting thing about this cuisine is it cannot be pinned down to one specific type. Much like Hawaii itself, which has been settled and influenced by different people and cultures, there are five distinct styles of food. One of the most interesting things about this cuisine is that very few native plants were edible, so it is a melting pot of influences. There is, however, a common presence of vegetables and fruits, especially the exotic tropical type (mangos, papayas, coconuts, and pineapples), and it is what makes this cuisine special.

The Hawaiian chicken appetizers will require some cubed pineapples, diced green peppers, and a diced red onion. The freshness of the pineapple complements the chicken so well that these will definitely become one of your favorite chicken kebabs!

Think of a hodge-podge of influences, mainly from Central Asian, Caucasian, Jewish, Middle Eastern, Greek and Balkan cuisines and you will get a sense of the Turkish cuisine. When it comes to kebabs, it is precisely Turkey that we have to thank for the word itself, and it refers to cubed meat on a skewer. The chicken kebab, or tavuk şiş’, is one of my very favorite varieties, I prefer chicken over beef and lamb. One thing that I love about my favorite Turkish chicken appetizer is the fact that it makes use of the juice of garlic and onion, rather than the vegetables themselves. As for the spices, a prevailing one is sumac, as well as oregano, black pepper, and paprika.

Being dependent on the Atlantic Ocean, Portuguese cuisine is famous for seafood. However, it is widely influenced by the Mediterranean cuisine. The spices hat define this cuisine include piri piri (small, fiery chili peppers), black pepper, cinnamon, vanilla, and saffron. The Mediterranean influence comes in the form of olive oil, used for cooking as well as seasoning meals. Herbs like bay leaf, garlic and parsley give Portuguese dishes a specific kick.

The kebabs in this cuisine are called espetada and are usually made with beef, although the chicken varieties don’t seize to appear. My personal favorite is the recipe whose marinade calls for piri piri. A great way of serving these is with a mielie comb.

Have you heard of anticuchos? These kebabs are native to South America and their interesting name translates to “cut stew meat”, they came to be during the pre-Columbian era and today are famous in Argentina, Bolivia, Chile and Peru. Although beef was the meat used in the original recipes, much like the one for sepetada, there are versions that call for chicken. The meat itself is marinated in vinegar and cumin, pepper and garlic, resulting in a spicy meat with a kick that will stay in your mouth (and mind) long before you ate it. You can garnish the skewers with some vegetables of your own choice, but the traditional way anticuchos are served is with a boiled potato or bread on the end of the skewer.

There you have it, the world’s most famous takes on chicken appetizer recipes. So, next time you are contemplating over what to prepare for your family gartering, or a friends-get-together, give one of these chicken appetizer recipes a try. You will be dubbed a great chef, and what’s more you will get the pleasure of watching everyone literally fighting for the last kebob. An interesting thing to do would be use their names like kebabs, souvlaki, espetada, and antichucho. Making it seem like they are more exotic and more difficult to prepare will definitely gain you some extra points!

If you are looking to purchase ingredients to make one of these delicious meals for yourself, try shopping punjabidesifoods.com

This article was submitted by an awesome reader. We gladly publish user submissions. For more about the author of this particular article, we have inserted the author bio at the bottom of the content when it is provided. Submit your own article by following this link: http://ashevilleblog.com/submit-an-article/
Previous Year Round Pasta Salad Recipe
Next Asheville Folk Opens Coworking Space 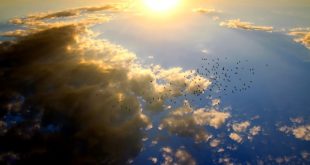 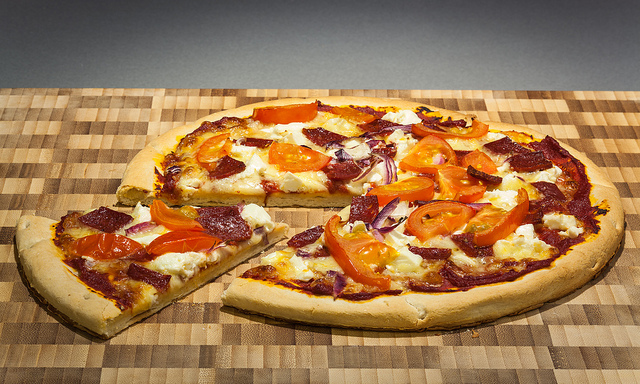