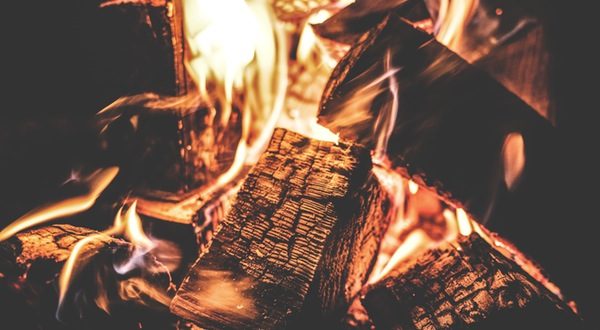 It’s the time of year for what is possibly my favorite beer event of the year!  Burial Beer Co. is hosting the 3rd Annual Burnpile Harvest Festival today Saturday, October 29th beginning at 12:00pm and going until 10:00pm.  Burnpile is a celebration of the harvest season, showcasing beer from over 30 breweries from around the country brewed with a plethora of autumnal ingredients, paired with great regional live music.

Burnpile will also include a lineup of live music from across our region, including local Asheville post-rock band, Betaplane, who will make their return to the stage at Burial beginning at 5:00pm.  They were recently noted as a “Buzzworthy Band” by Asheville Grit, and won Judges Choice at the 2015 Music Video Asheville Awards for their video of their song Friday.

If you’ve been lucky enough to catch one of their rare previous performances at Burial or The One Stop, you know that we are in for a treat at this year’s Burnpile Harvest Fest.

“This started, and is still very much a creative project,” says Betaplane guitarist Will Little, “we’ve been writing and rehearsing together for several years but this will only be our third public performance, and second at Burial.”

While you can’t try any of the beers until the festival kicks off, you don’t have to wait to sample some of Betaplane’s psychedelic ambient grooves.  They have 3 new tracks on their Bandcamp page just released this week leading up to the show.  You can listen to them here.

“While we recorded the tracks at Echo Mountain last November we did all the editing, mixing, mastering and post production ourselves,”  says Little.  “We did one day of tracking and hope to have 4 or 5 complete songs from there. There will be another track following soon, but we really wanted to get a few out in anticipation for the Burnpile performance. There are already some early ideas in place for another video for Horizons as well.”

If you like what you hear, you’re in luck.  Betaplane aims to increase the frequency of public appearances and hopefully drop a debut album in 2017.  Be sure to follow them closely though, because they will likely be releasing tracks as they finish leading up to the complete album.

Little notes, “we have some tracks that are almost finished and we hope to add to our catalog with more self-produced and recorded material.”

Since moving from Virginia in early 2014, mainly for the craft beer and the live music, I’ve been involved in following both very actively. My herbalist girlfriend and I also enjoy getting out in nature with our dog, wildcrafting the edible and medicinal flora and taking in the beautiful scenery. My past experience in graphic design and working with signs landed me my first job in Asheville, where I was fortunate to meet a lot of up-and-coming as well as long established local business people. Now I am a salesman for Arcdyn Inc., a local wholesale security camera distributor, while writing about beer and music as a hobby. I am also very excited to be a part of the Asheville Blog team!
Previous Things To Do In Asheville: Halloween 2016 Edition
Next It’s a Wonderful Life: Live from WVL Radio