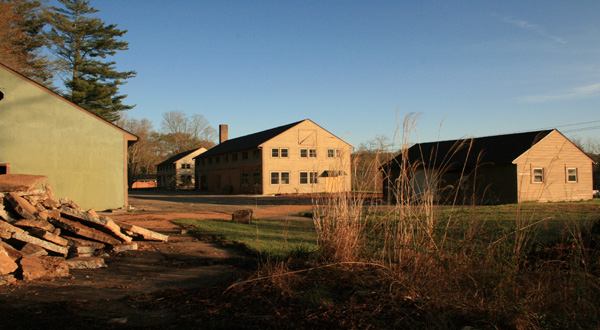 The two-story structure, built in the early 1900’s by members of the Conservation Civilian Corps, will soon house a small selection of Burial beers and focus on a diverse draught and retail beer list featuring breweries from around the country and internationally. The owners of Burial have a stated goal of curating a selection of beers that feature craft offerings beyond the Burial portfolio and their South Slope taproom.

“Burial’s taproom will always exist at 40 Collier. There is no way that you could replace the aura of that storied ground,” states Doug Reiser, Co-Founder. “When we purchased the new property in 2015, we did so with the hope and dream of bringing a real, community-driven beer bar to Asheville. The goal is to connect Ashevillians with the great people (owners/brewers/employees) that make some of the best beer in the country.

We won’t just buy beer off lists, we will bring the beer and the people behind it into the beer bar the for these interactions. The purveyors of craft will also be smiling faces about the bar; they will be humans who live and breathe and talk with the visitors. The goal of Forestry Camp is to offer everything that craft was intended to be.”

The two-acre property is currently home to Burial’s production brewery, corporate offices, and sour barrel facility where day-to-day operations have been conducted since October 2016. In keeping with their core values, Burial is aiming to build out Forestry Camp with the same revivalist spirit that has guided the whole of their expansion.

“We aim to breathe new life into those beautiful old bones while carefully maintaining their soul,” explains Tim Gormley, Co-Founder. “We chose to keep the original name of the property, “Forestry Camp”, as homage to its vibrant roots. We aim to use as much wood from the property as possible to build the tables, chairs, and bar itself. With the décor we will continue to celebrate the initial purpose of the property, utilizing tools of the trade, a purposeful tie in with our current South Slope taproom. When you have a beer at Forestry Camp, you’ll have the comforts of a modern bar, but you’ll have traveled back in time. You’ll have experienced a history so important to Asheville, and it’ll taste so good.”

Slated to open to the public in early summer 2018, the Forestry Camp property will afford the brewery both a new outlet for retail and much needed space for their ever growing festivals and events.

“Forestry Camp was named as such because it truly is a camp,” states Gormley. “Six building are spread across its two acres, creating a feel akin to a winery estate or a university commons. I can’t imagine a better place for a festival. We may keep one of our annual festivals in the South Slope, for nostalgic reasons, but we will definitely be moving toward Forestry Camp hosted events. More info to come as the property becomes more fully realized.”

Forestry Camp boasts ample parking space via its own lot and connected parking above for an estimated 100 cars total. For events and weekends, 200 additional spaces will be available across from the property.

A small menu of sandwiches, charcuterie, and other locally purveyed goods are in planning for the beer bar. Additionally a curated wine list with a moderate whiskey and Amaro selection will be offered all the while keeping the focus on craft beer.

“The beer bar will have 20 taps of craft beer, but will offer vintages of over 150 different canned and bottled beer, including extremely limited beers that you could otherwise only get at brewery taprooms,” states Reiser. “This is the craft drinker closeness and experience that we hope to purvey – and we hope other brewers follow suit in their own home states.”