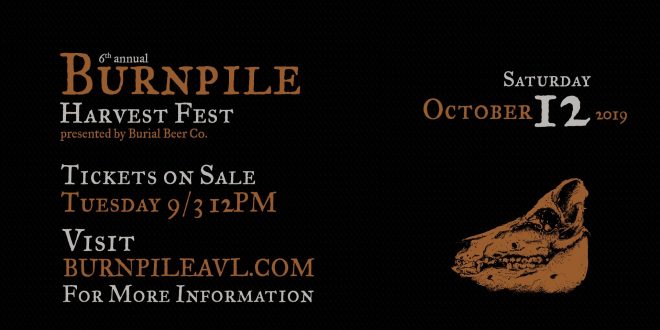 Burial Beer Co. is excited to announce the 6th Annual Burnpile Harvest Fest on Saturday, October 12, 2019 at the soon to be opened Forestry Camp property which is home to Burial’s production facility, Burial’s sour and wild barrel house as well as Forestry Camp Bar and Restaurant. Attendees of Burnpile will be among the first to experience this 2 acre historical campus. The event begins at 12PM for VIP ticket holders and at 1PM for General Admission and Concert Goers ticket holders. Our band line up begins at 1:30PM and concludes at the end of the event at 6PM. The event is for guests who are 21 or older only.

Tickets can be purchased by visiting: www.burnpileavl.com

Burnpile began 10 years ago amidst a group of friends in Seattle who came together to celebrate changes in life and in seasons. Food was shared and harvest inspired beers were cracked and consumed. After moving to Asheville to open Burial Beer Co in 2013, owners, Doug, Tim and Jess wanted to carry on this tradition with new friends and their new community in Asheville. The first Burnpile Harvest Fest took place in the modest, yet to be expanded taproom which housed a 1 barrel system. Tim, Jess and Doug drove around the state picking up kegs and building relationships. Now most of those breweries have also grown and distribute regularly to all corners of North Carolina.

Over the years, more people started attending Burnpile, the taproom improved with a new stage, roof top, kitchen and more outdoor space. Breweries from around the country started sending kegs to honor the season and the friendships Burial was building along the way.

Another chapter of Burnpile closed for a new one to begin. Burnpile Harvest Fest will take place on a sprawling 2 acre property, capable of not only fitting more people but more pouring stations and food stations. Due to the inclusive, private nature of the property, we moved away from tokens to an all encompassing ticket price which provides unlimited access to over 60+ breweries; live music from The Beach Fossils (https://www.beachfossils.com/)  and All Them Witches (http://www.allthemwitches.org/) with A Place to Bury Strangers (http://www.aplacetoburystrangers.com/); a chance to experience one of Asheville’s premier historical properties with one of the first glimpses of the new restaurant and Burial’s production facility.

We have several ticketing tiers to offer an array of experiences ranging from those who are only interested in seeing the amazing line up of touring bands as well as two performances by Unifire Theatre; to those who are intrigued by limited bottle releases, intimate talks with brewers and exclusive pours during Off Topics as well as those who are looking for something in between- a day of music, rare draft offerings and friends.

* Off Topics are intimate interactions with brewers and brewery representatives who discuss brewing industry trends, challenges and what drives them daily. Beers will be shared during these Off Topics that will not be available at the festival.

Out of the Mist: Awakening or Eternal

Some of the top IPA producers in the country discuss their approach to making hoppy ales; trends within the style and whether the current trends are here to stay. This panel will feature pours of hoppy beers from each brewery that are not available at the pouring booths at the festival.

with Our Mutual Friend Brewing Company

For this panel we have some of the most intentional, meticulous and science forward American brewers to discuss mixed fermentation, what drives them to make this style and some of the challenges they face when dealing with live cultures and bacterias. This panel will feature pours of mixed culture beers from each brewery that are not available at the pouring booths at the festival.

Follow the Barrel: the impact of wood in fermentation

with Holy Mountain Brewing and Jackie O’s Pub and  Brewery

Breweries on this panel will talk about the different styles they have explored with barrel aging, how they procure barrels, the different flavor profiles of each barrel and their overall process. Beers will be shared from each breweries’ barrel program on this panel that are not available at the festival

Into the Void of Darkness: a study on what makes the biggest of beers

Dark ales have ruled the world of strength in beer since the beginning. We have brewers on this panel that hit the nail on the head every time with high ABV, heavy adjunct, thick imperial stouts. Learn what goes into the brewing process, what makes these beers labor intensive and how they extract flavor bombs from the liquid. Brewers will be sharing big imperial stouts that are otherwise not shared at the festival. 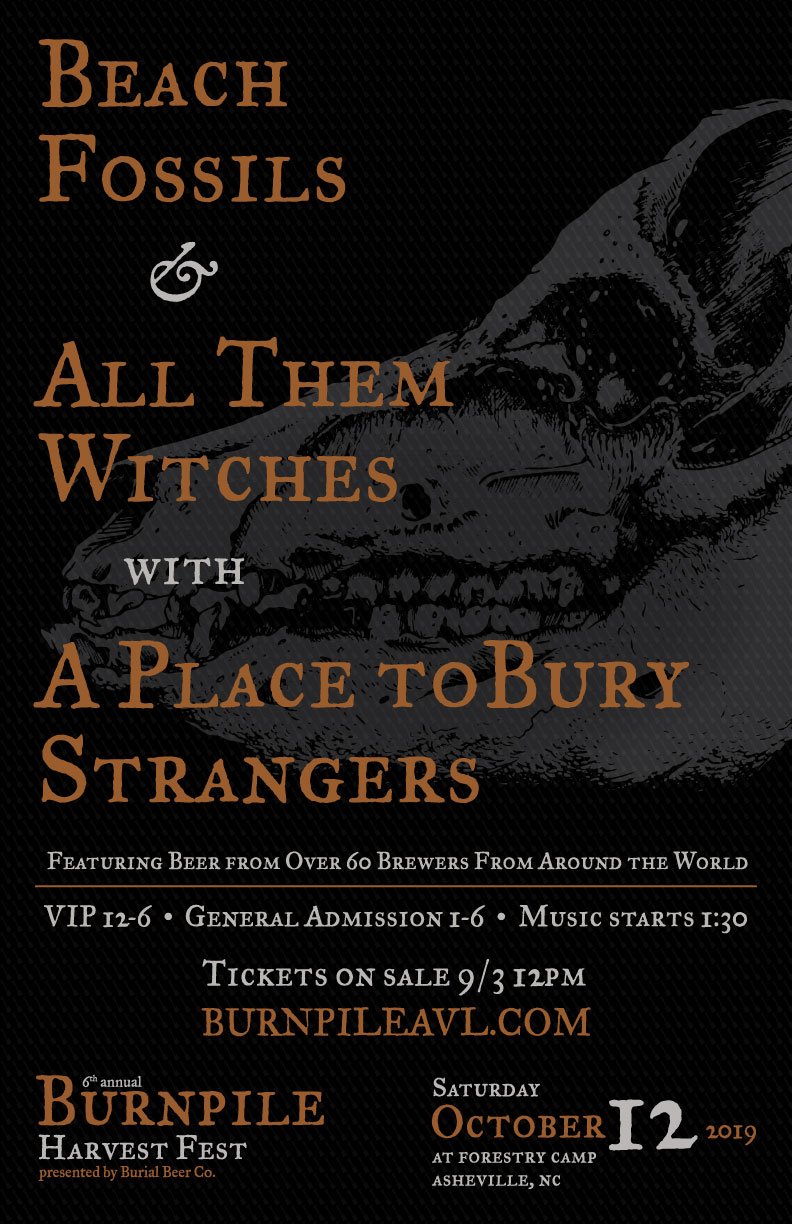