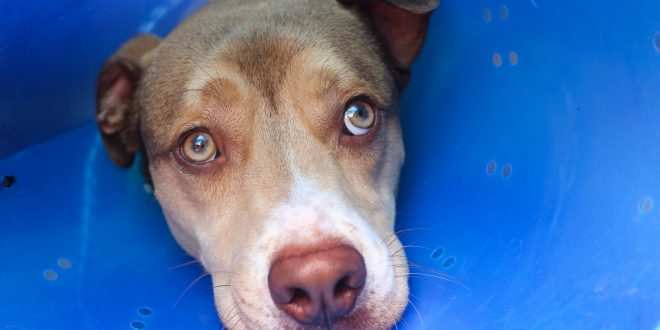 At just one year old, Fievel, a shepherd mix, found himself in a place no dog wants to be. He was badly injured and scheduled to be killed at a shelter in upstate South Carolina just about an hour outside of Asheville. Thankfully, shelter staff at Brother Wolf heard about his plight and they were able to save his life in the nick of time.

Director of Animal Care Audrey Lodato was stuck in traffic when she received an email warning of graphic photos. “I opened the email and saw the saddest pair of eyes staring back at me. The photos of his leg injury were absolutely horrible. I knew that we could help him, but the email said he needed to be out of the shelter by 5:00PM or he would be killed. It was 3:30PM.”

In a flurry of phone calls and text messages, the Brother Wolf team worked quickly to make arrangements to accept Fievel into their care. Leah Craig Fieser, Executive Director at Brother Wolf, said “We officially put in our intent to rescue him at 4:37PM – talk about being saved at the last possible second. We are so glad that we were able to work to get him to safety.”

The shelter where he was agreed to hold Fievel until the next morning when a Brother Wolf volunteer was able to pick him up and bring him to safety in Asheville. Upon his arrival Fievel immediately went into surgery with Brother Wolf’s Veterinarian, Megan McAndrew, to address his leg injury. “It is hard to tell what caused his injury, but it is likely that it is either a result of being stuck in something or from dragging.” says McAndrew “The injury was extensive and he had to be in a tremendous amount of pain.”

Fievel is continuing his medical treatment at the Brother Wolf Adoption Center, where he will be available for adoption as soon as he is well enough. Brother Wolf is seeking donations to help cover Fievel’s medical expenses.

Brother Wolf Animal Rescue, located in Asheville, NC, was founded in 2007 to provide the resources and life-saving programs to build a No-Kill community. As a grassroots organization, Brother Wolf believes strongly in community engagement and making it easy to adopt, volunteer and become involved in its No-Kill mission. BWAR’s No Kill Community Development Initiative is currently working with five chapters to implement life-saving programs and build their own No-Kill communities. Celebrating 10 years, Brother Wolf will break ground in 2017 at its sanctuary location 25 minutes from Asheville. The sanctuary will be a place for people and animals to heal, as well as focus on working towards the vision of uncompromised compassion for all animals.
Previous Wine Added to July’s Brews and Bears Fundraiser at the WNC Nature Center
Next Shindig on the Green with Ashgrove Garland Dancers, Asheville Morris Dancers 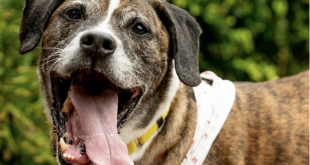 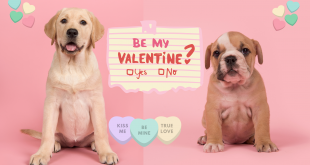