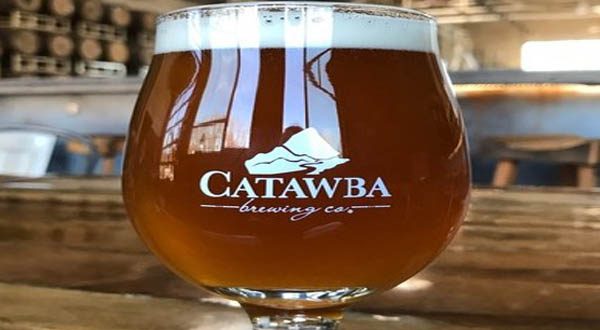 Catawba will release a special Barrel Aged Wild IPA (5.5 percent ABV) as part of their Mardi Gras celebration. This beer began its parade twelve months ago as a much tamer session IPA, before spending a year with Brettanomycees in oak barrels. After aging, the beer was dry-hopped, lending ripe tropical fruit and citrus peel flavors to the earthy farmhouse funk of a traditional wild ale, with an ever-so-subtle hint of bourbon.

Brewed in Morganton and aged in Asheville, this is Passport Beer #8 in Catawba’s 2017 Small Batch rewards program, available in their three tasting rooms and in limited distribution.

Catawba will host their Mountain Mardi Gras party on Sunday, Feb. 26 at their South Slope location (32 Banks Ave). Festivities begin at 5pm, immediately following the Asheville Mardi Gras Parade. Bring your krewe and come out for music by The Low Down Sires, a New Orleans-style brass band, and a special Cajun-themed menu courtesy of Deli Llammma food truck.

Founded by the western North Carolina Pyatt family in 1999, Catawba Brewing operates a main production facility in downtown Morganton, NC at 212 S. Green St; a boutique brewery/tasting room in downtown Asheville, NC at 32 Banks Avenue; and a tasting room in Asheville’s Biltmore Village at 63 Brook St. Catawba beers can be found in NC, SC, TN, and now AL. Find us at www.catawbabrewing.com
Previous Dine To Be Kind on March 7
Next 3rd Annual Vegan Chili Cook-off at Sanctuary Brewing Company