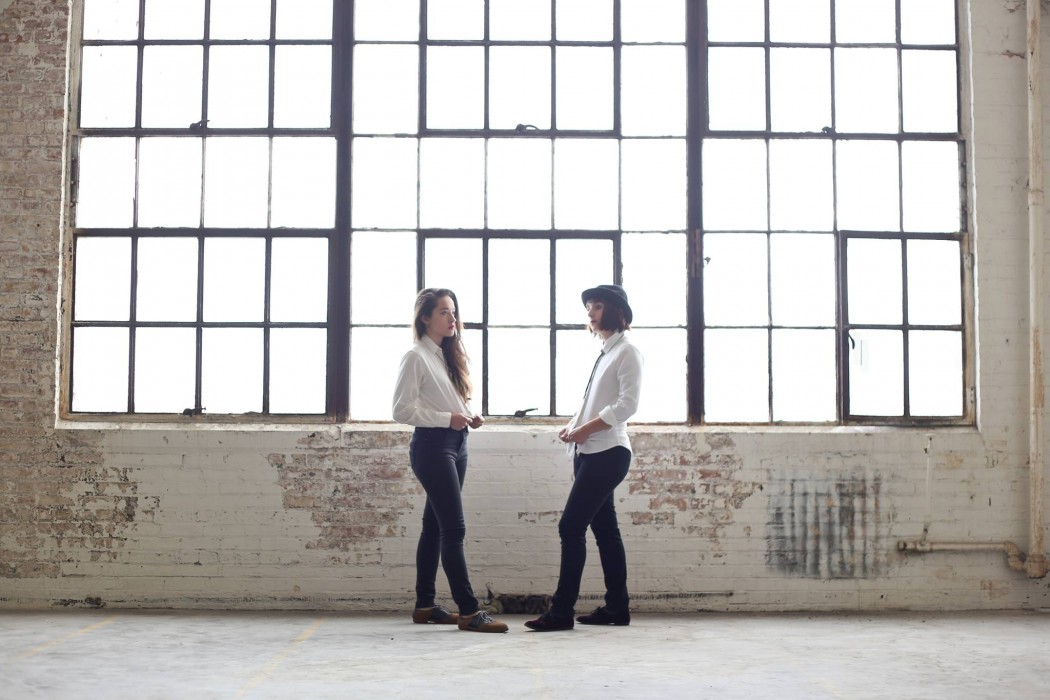 The women that make up the Chicago-based duo Homme have some New Year’s resolutions to tend to.

But first, they plan to come to Asheville and give you a live show you’ll remember long after you’ve abandoned your own resolutions.

Macie Stewart and Sima Cunningham formed the experimental rock project named Homme in 2014. The pair has a history that dates back to their high school days and includes supporting each other in their own musical endeavors.

They just recently release their first self-titled record in November 2015.<

The 6-track album took three weeks to record and features a very limited amount of outside interference. Stewart tells AshevilleBlog the instruments on the album were exclusively performed by the pair (with the exception of track 5, which features Jeff Parker on lead guitar) and that they also did a good amount of engineering on the record.

As for playing the Asheville, the ladies are jazzed to be able to spend time getting lost in the mountains.

“At least for me when you’re looking at like a tour schedule, Asheville is the one for me where I’m like OK that’s going to be like a get outside day and enjoy it,” Cunningham said.

“I have nothing but good memories of Asheville,” Stewart said.

Let’s keep it that way.

Catch Homme and The Few at the Mothlight on Jan. 17. The show starts at 9 p.m. and tickets are $5.
Listen to the latest from Homme here http://www.homme.band/