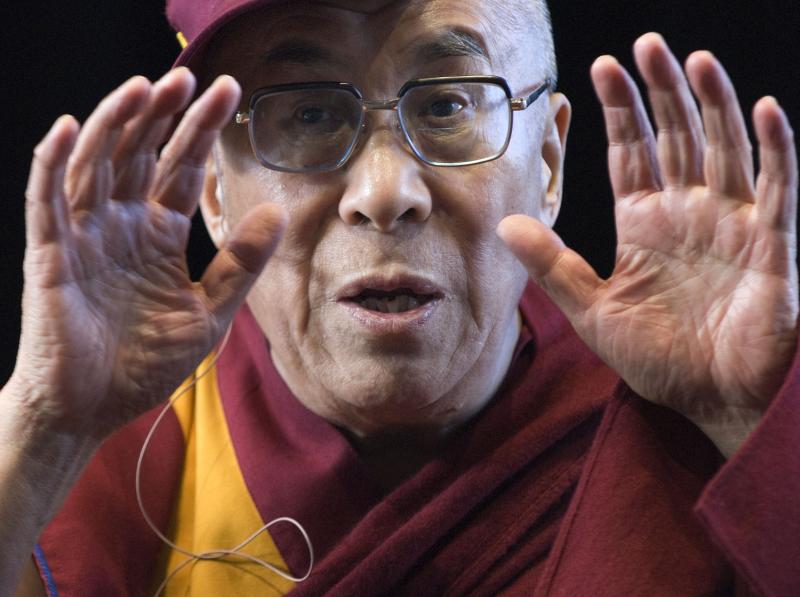 *Double Feature: See both movies for $15.

• Advance tickets available at Urban Dharma 29 Page Ave across from the Grove Arcade.
• Premium tickets available that include preferred movie seating, a small-group dinner with the director, Khashyar Darvich, and a complimentary copy of the DVD.
• Sponsored by Urban Dharma and The Garden Committee of Milarepa Osel Cho Dzong Buddhist Retreat Center
• For more information, contact Urban Dharma at (828) 225-6422 or info@udharmanc.com.

Can a film inspire an “awakening” within its filmmaker, as well as with audiences around the world? Dalai Lama Awakening, which features the Dalai Lama and is narrated by actor Harrison Ford, is directed by Khashyar Darvich. Dalai Lama Awakening presents the profound and life-changing journey of innovative Western thinkers who travel to India to meet with the Dalai Lama to solve many of the world’s problems. The film was born from over 500 hours of video footage that was shot by 10 cinematographers over a 15-year period. Audiences are describing the film as “a shift in consciousness” and “transformational.” In a five-star review, Examiner.com calls Dalai Lama Awakening “a beautiful and thought-provoking film.” “Visually compelling, inspiring and thought-provoking,” writes Tom Richards of Surviving Ireland. “Darvich has put together a compelling, slow-burning documentary that… hits you on the way home.” Also screening from award-winning director Khashyar Darvich is his new film Compassion in Action.

This article was submitted by an awesome reader. We gladly publish user submissions. For more about the author of this particular article, we have inserted the author bio at the bottom of the content when it is provided. Submit your own article by following this link: http://ashevilleblog.com/submit-an-article/
Previous Newly Formed Asheville Band, Tellico, Raises $7500 In A Day For Debut Album
Next Jared the Galleria of Jewelry Opens in Asheville