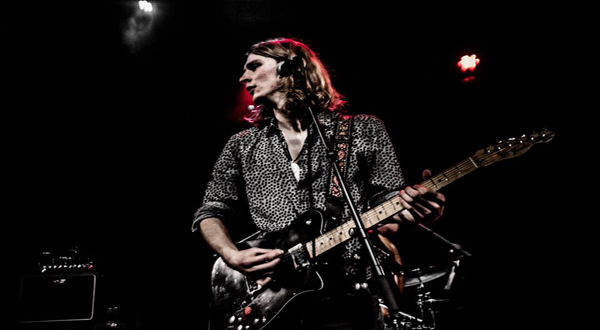 Opening for a band who inspired you is not something many musicians get to do in their lifetime.

Atlanta-based southern hard rock act Drivin n Cryin is on tour to celebrate their 30th anniversary together and will be stopping in at the Grey Eagle.

The River Rats, quite literally Asheville’s favorite rock band, will step in to open for the prolific hall-of-famers.

“It’s definitely like a dream come true kinda thing,” Scotchie muses.  “They’re one of my favorite bands. And to go into 2016 and be able to do a hometown show like this and get to play with one of these bands is really exciting.”

Getting this gig for the River Rats was a bit of a right place, right time situation. Having met DNC’s lead singer and guitarist Kevin Kinney during a chance encounter years ago, Scotchie did his best to keep the connection alive over the years.

Then the unexpected happened.

“Their management reached out to a mutual friend and let him know that they needed an opener and I told our agent to get on that real quick,” he said with a laugh. “I called him and said ‘please call them right now and try to set this up because I don’t want to lose this opportunity!’

Seeing DNC live would be great, but opening for them? Teenage Scotchie wouldn’t believe it.

“I specifically remember when I was like 16 or 17, somebody gave me one of their CDs and I wore it out that summer,” he recalled. “I just listened to it all the time.”

After this gig, Scotchie, along with bassist and keyboardist Asher Hill, drummer Eliza Hill and horn players Alex Bradley and Kyle Snuffer, have a busy summer ahead. For that reason, he urges fans to come out on May 20.

“For us to play a place like the Grey Eagle that’s not outdoors or at a festival is a little more intimate,” Scotchie said.

Along with that, he hinted the band, along with its sound, is evolving.

“We have all these new tunes that we’ve been working hard on and the band has been really progressing a lot musically.”

Another facet of the show you won’t want to miss involves something Ashevillians love dearly — craft beer.

Aplty named River Rat Brewery from Columbia, S.C. will be at the show with a new small batch lovingly called “We All Stay Hoppy” — a play on words from the River Rats 2015 album, We All Stay Hungry.

Hear the River Rats’ new sound, try a new brew and celebrate DNC’s 30 year anniversary all at the same time.  The all ages show starts at 9 p.m. Tickets are $18 at the door, but are on sale online for $15 at http://thegreyeagle.com/event/drivin-n-cryin/

WHO: Drivin n Cryin with Andrew Scotchie and the River Rats
WHEN: May 20 at 9 p.m. Doors open at 8 p.m.
WHERE: The Grey Eagle in the River Arts District
http://thegreyeagle.com/event/drivin-n-cryin/
Share