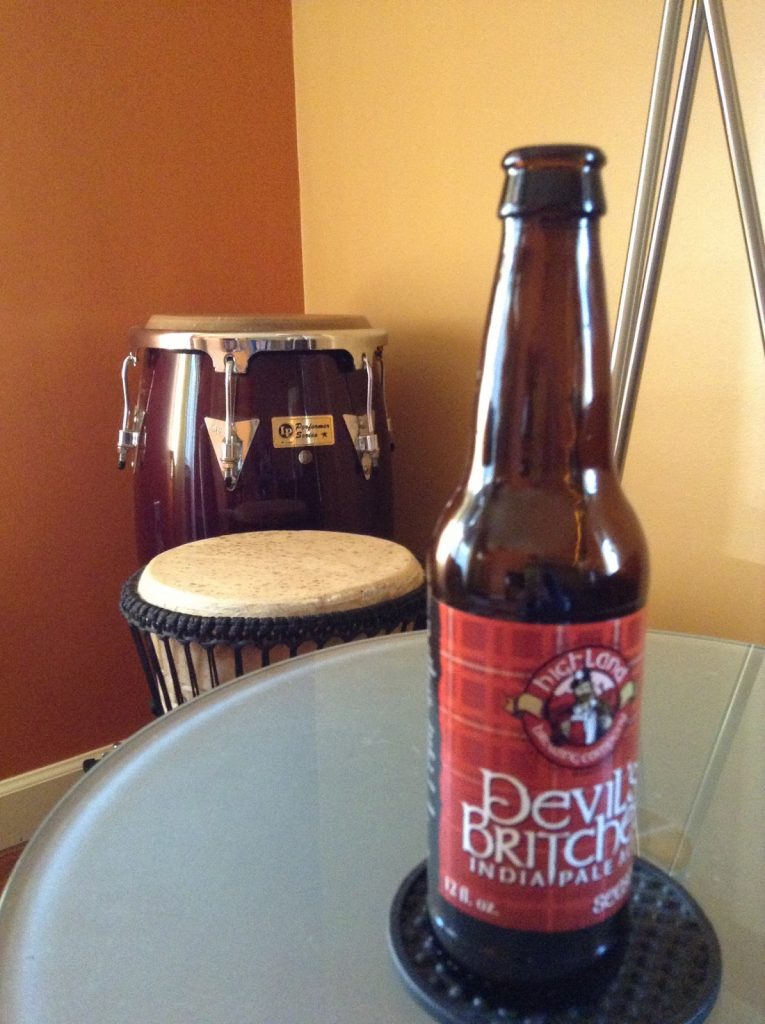 Yesterday someone asked me the question:

“What is your favorite beer?”

How in the world does someone answer that question? I guess a lot of people have a go-to beer or a favorite style. For me it seemed like trying to pick a favorite child.

I thought about it for a minute but I didn’t really have a definitive answer I could provide. So I answered the only way I could.

Seasonal beers, for those who aren’t familiar with the term, are batches of beer breweries make that are only available for a limited time. Typically these are styles that fit the current weather or are brewed for holiday seasons.

Many of the local Asheville breweries create seasonal beers throughout the year, but the one I think has nailed it is Highland Brewery. Arguably Asheville’s biggest brewery, at least before some of the big guys move in, Highland does brew some of the area’s beer staples. Their St. Therese’s Pale Ale is a refreshing beer that is available year round. Gaelic Ale is also an easy drinking red that you can get just about anywhere. But I believe Highland’s best work is their seasonals.

Anticipation is palpable as far away as Atlanta for the release of the popular winter beer Cold Mountain. I also love their Oktoberfest, Clawhammer. Last year, in late spring, Highland introduced an amazing pale ale with hops that tasted like sunshine called Little Hump. I honestly couldn’t get enough of the stuff. I bought bottles from the store and ordered pint after pint in any bar I found it in. I have been assured that it is going to be back this year and that it was a staff favorite last year. Turns out it was also award winning last year. 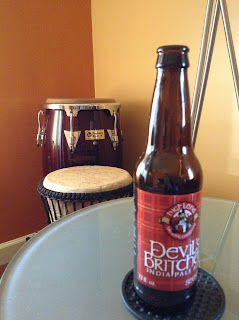 Highland has done it again with their late winter/early spring seasonal available right now called Devil’s Britches. Like all of their beers, this one is named after local mountain. Devil’s Britches is a rich red IPA brewed with a couple of hops varieties that I had never heard of – but both are named for Greek Mythology (Apollo and Calypso) so I can’t find anything wrong with them. The result is a malty beer with hops that don’t try to knock your taste buds off your tongue with each sip.

And yes, when I realized that I wanted to blog about it, I went and got a bottle out of the recycling bin to get a photo of it. These are the sacrifices I make for my art.

Because it is a seasonal this beer won’t be around for ever. I’m finding myself ordering it out at every chance I can get knowing that might be my last opportunity. If you like malty beers with a little kick of hops but not too much, you might want to check it out for yourself before it is gone.

Laura M. LaVoie is a freelance writer living in Asheville North Carolina. She lives in a 120 square foot house in the mountains north of Asheville with her partner, Matt, and their hairless Sphynx cat, Piglet. The tiny house is off the grid and the couple generate all of their power through solar panels and collect all of their water from a natural spring. When not living off the grid, Laura enjoys the beer culture of the Asheville area, voted Beer City USA 4 years in a row.
Previous The Second Best Beer in Asheville
Next Help for Arthritis Pain