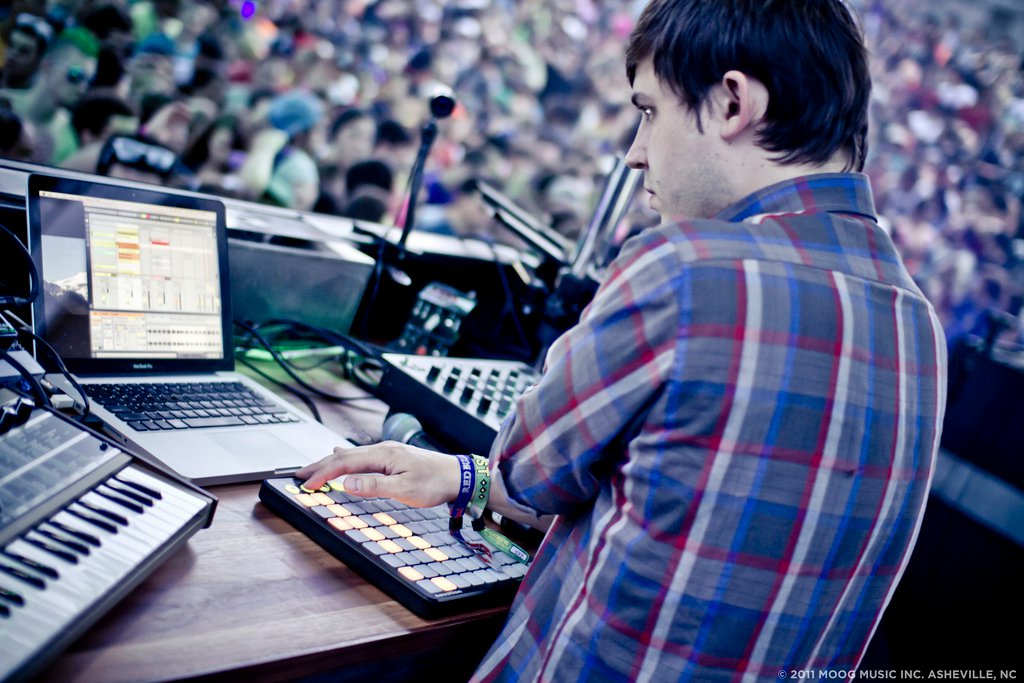 Eliot Lipp + Late Night Radio will be rolling through Asheville this Saturday 4/25 and will be bringing the party with them.

Get your Spring off to a great start, and don’t miss this show.  Also, head on over to our Facebook page for your chance to win a pair of tickets to tonight’s show!
ELIOT LIPPAfter more than eight years of global touring, seven solo albums on labels such as Pretty Lights Music, Old Tacoma Records, Hefty Records, and Mush, Eliot Lipp’s status as an electronic music pioneer is known to scene experts and weekend warriors alike.Named one of Vibe Magazine’s top 10 fastest rising DJs, Vibe says “ Eliot Lipp is making moves! …Signed to Pretty Lights Music, Lipp’s omnivorous taste in music expands to include everything from electro to funk to indie to downtempo and trap.” Lipp’s music tastefully spans genres, styles and techniques. Musically, Lipp is taking chances that are paying off in big ways. In a recent interview with Jay Z’s blog Life+Times, Lipp commented that “People are scared to set themselves apart from the norm, but risks need to be taken in order to progress.”Perhaps this is what sets Lipp apart from the rest. He is a risk taker, not afraid to do something a little different.eliotlipp.comLATE NIGHT RADIOHustling to make his mark in Denver, Colorado’s electronic music melting pot, Late Night Radio is earning the respect of fans and peers alike through prolific production, innovative experimentation, and a dogged dedication to the craft. Alex Medellin has put in his time in the industry, coming up in Texas and California, but his ascension in the Colorado scene speaks to his ability to not only create a stunning array of original tracks, but bring them to life on stage, practicing what he preaches—guided by the mantra “emotion over energy.”Medellin’s background in hip-hop is crucial to his development as a producer. Unlike some of his contemporaries who came up in the dance music scene, Late Night Radio keeps his cuts funky and inventive with an unshakable commitment to soulful grooves. Even when LNR breaks into high-energy, cabinet-rattling climaxes, the emotional depth remains. His wildly popular Vinyl Restoration series of old-school mixes has rooted his sound in deep, expressive sampling that keeps him firmly grounded in the lessons of the past, while reaching forward to craft his own signature sound.latenightradiomusic.com

This article was brought to you by one of our awesome staff writers. Some of our writers don't want the fame and glory that comes along with being awesome, so we respect their privacy. Want to tell them how good their work is? Write a comment below and leave them some love!
Previous Catawba Brewing Company: Another Look
Next Tasty Beverage Company Opens on South Slope