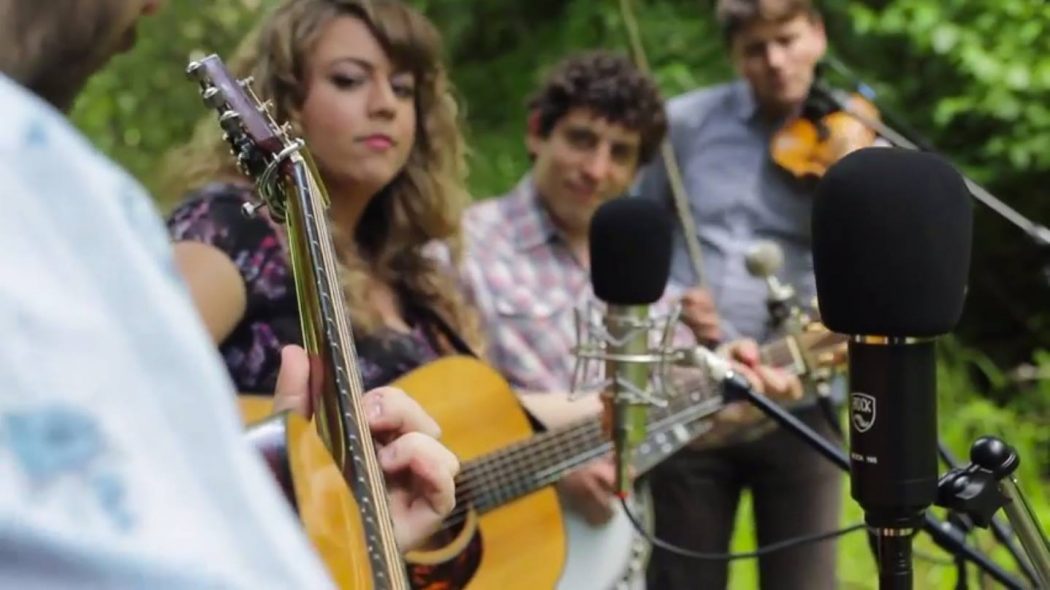 This is sure to be one hell of an evening. Don’t miss it. Front Country formed in 2011 as a collective of the Bay Area’s finest young acoustic talent, Adam Roszkiewicz, Jacob Groopman, Jordan Klein, Leif Karlstrom, Melody Walker and Zach Sharpe joined forces to play a monthly gig with friends in San Francisco’s Mission District. They quickly found a musical rapport that was open to challenging arrangements, unique covers and original songwriting. Since then they have continued to expand their repertoire and push the boundaries of bluegrass on the national scene.

In 2012 they won the Rockygrass band competition in Colorado and followed up in 2013 with a win at Telluride becoming the third band in history to win both contests. Also in 2013 lead singer Melody Walker won the Chris Austin Songwriting competition at Merlefest and mandolinist Adam Roszkiewicz was nominated for Grammy for his work with the Modern Mandolin Quartet on their album “Americana”.

Front Country recently released a new record called SAKE OF THE SOUND and will begin their national and international tour early February, 2015.

This article was submitted by an awesome reader. We gladly publish user submissions. For more about the author of this particular article, we have inserted the author bio at the bottom of the content when it is provided. Submit your own article by following this link: http://ashevilleblog.com/submit-an-article/
Previous Highland Brewing’s New Seasonal Beer Lost Cove Coming Soon
Next Rising Appalachia Releases Wider Circles In Time For Earth Day