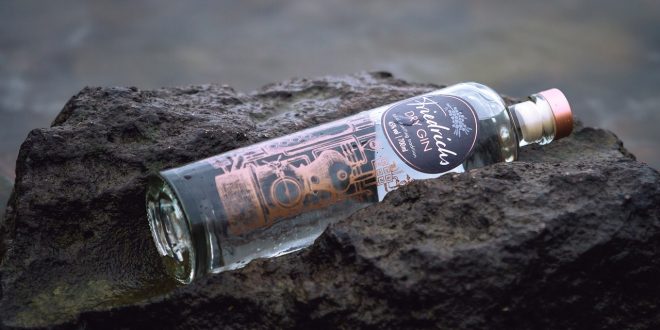 Gin, manufactured by distilleries across the globe, has been experiencing an upsurge in popularity and 2019 looks set to be an exciting year for the industry. The spirit, distilled from a fermented mash to which Juniper berries are added, was introduced to Britain during the middle of the seventeenth-century by the Dutch. Fast forward to 2019, and it’s a firm favorite with hipsters, thirty-something stay-at-home parents and the elderly alike. To put it simply, it’s universally adored!

However, with popularity comes choice, and today there is an almost overwhelming selection of gins from which to choose from. But worry not, because in this article we’re going to cut out the noise and focus on the top 5 gins to try in 2019.

The Japanese spirits industry has become famous in recent years for the quality of its strong liquor and Roku gin, distilled by artisans at the House of Suntory in Osaka, exemplifies the levels of craftsmanship that are involved in the creation of spirits in the Land of the Rising Sun. Roku gin, set to be one of the most sought-after gins on the market in 2019, is best served with tonic water and a thin slice of fresh ginger. The unique blend of Japanese botanicals used in the manufacture of this well-balanced gin include Gyokuro tea, Sakura flower, Sakura leaf, Sanshō pepper, Sencha tea, and Yuzu peel while eight other traditional gin botanicals are also added to the mix.

Retails for around $30 on Amazon.

Ivanabitch, famous for their range of vodkas, have added a traditional dry gin to their range of products. The company, founded by a Russian aristocrat by the name of Dmitri Ivanabitch who settled in the Netherlands during the seventeenth-century, have created an exquisite beverage that will delight the palates of the most discerning gin connoisseurs. The success of this premium spirit, having been of limited availability in the past, may result in increased production and wider distribution in 2019. Ivanabitch gin, distilled from a mash of winter wheat and possessing olfactory notes of citrus zest as well as dried flowers and pine-resin, can be enjoyed neat or with soda water.

Can be imported from drizly.com.

The Oxford Artisan Distillery (TOAD), opened in 2017 after a successful crowdfunding campaign, produces a variety of spirits which includes three different types of gin. Their range of gins, distilled from grain mash by hand-made copper stills, are infused with botanicals that are added to the mash during fermentation. These aromatic compounds, along with the ethanol and water in the mash, are vapourised in the boiling chamber and condensed into liquid in the lyne arm. The resulting spirit, collected in the receiving chamber, is bottled and sold as gin. TOAD’s Ashmolean Gin, Oxford Dry Gin and Oxford Botanical Gardens Physic Gin are three of the company’s spirits to watch in 2019.

Retails for around $48 at Waitrose.

Zuidam Dutch Courage Dry Gin, produced at the Van Zuidam Family distillery in the municipality of Baarle-Nassau, takes its name from the English term for the Dutch spirit that became known as gin. The term is believed to have originated in the seventeenth-century during the Thirty Years War, in which English and Dutch mercenaries fought on the same side, or from the Anglo-Dutch War that occurred afterwards. Gin was already a well-established drink in England when William III, Stadtholder of the Dutch Republic, deposed James II and assumed the English throne. This hand-crafted Dutch gin, produced on a small scale, should be added to any gin connoisseur’s list of spirits to try this year.

Can be imported from Belgium for only $45

William Chase Elegant 48 Gin, named after the distilled beverage’s 48% alcohol content, is a top-of-the-range spirit that is manufactured at the Chase Distillery in Herefordshire. This high-quality English gin, distilled from fermented apple juice, is flavoured with eleven botanicals which lend this spirit its exotic flavour. Angelica root, Bramley apples, Elderflower, Hops, Juniper berries, Lemon peel and Orange peel are among the botanicals used to infuse this high-quality gin with its sublime taste and aroma. This award-winning spirit, representing one of the finest offerings on the gin market in 2019, is made from ingredients that are grown on the family’s single-estate farm.

This article was submitted by an awesome reader. We gladly publish user submissions. For more about the author of this particular article, we have inserted the author bio at the bottom of the content when it is provided. Submit your own article by following this link: http://ashevilleblog.com/submit-an-article/
Previous Monthly Hiking Series Supports Trail Work in National Park
Next KITTEN SEASON IS COMING: LOCAL RESCUE HELPS PREPARE COMMUNITY