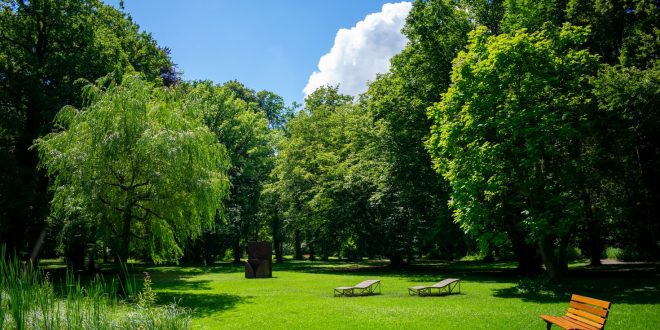 Earlier this year, Stacker reported that North Carolina is home to two of the 70 U.S. cities with the most green space per capita, namely Charlotte and Raleigh. Even Asheville has an abundance of renowned parks and green spaces. Given the benefits for people’s mental and physical health and the ecosystem, the amount of green space should be celebrated – but there’s more work to be done.

The state’s increasing population means the demand for outdoor recreation spaces is increasing. In addition to these service gaps, green space providers need to replace or improve dated recreation facilities, and they need to find more park land and development opportunities. More green space development certainly is on the cards but getting to that point might be a slightly bumpy ride.

Parks: Green Gems In Our Crown

Number 27 on Stacker’s list, Charlotte boasts 10,980 sq. ft. of green space per capita for its population of 1.9 million. All that space is spread across 14 parks such as the Green, McGill Rose Garden, and the sustainability focused, mixed-use ReVenture Park. Like the green spaces in other regions, parks in South Charlotte need regular maintenance and professional landscaping to keep things looking good for the communities that use those spaces.

Raleigh is number 21 on the list with 19,949 sq. ft. of green space per capita for its population of 1.2 million. Among the city’s top green spaces are the Capital Area Greenway Trail, Dorothea Dix, Fred Fletcher, Jaycee, and Pullen parks, and Reedy Creek. According to Romantic Asheville, Asheville Parks and Recreation maintains 54 different public parks as well as 6 miles of greenways and other facilities. Many residents enjoy the peaceful atmosphere in spaces such as Carrier Park, Pack Square, Martin Luther King, Jr. Park, French Broad River Park, Beaver Lake, and Richmond Hill Park.

As popular and as valuable as these and other green spaces are, they aren’t enough to meet the growing needs of the state’s growing population. However, the number of parks and other spaces isn’t the only issue.

While not identified as a key issue in the plan, it’s imperative that green space development going forward must also focus on sustainability. This means green space developers and providers must take the state’s three unique geographic regions into account when designing those spaces and deciding what

plants and trees to plant. According to SidmartinBio, those regions include the Appalachian Mountains, the Middle or Piedmont Plateau, and the Tidewater or Eastern Section, which is also known as the Coastal Plain. Each region has a specific soil type and other distinct conditions that are suitable for different types of vegetation.

As necessary as it is, green space development must be handled sensitively. This will ensure that those responsible will rise to meet the challenges identified in the plan and that the state’s new spaces will be sustainable and welcoming to all who use them, people and wildlife included.