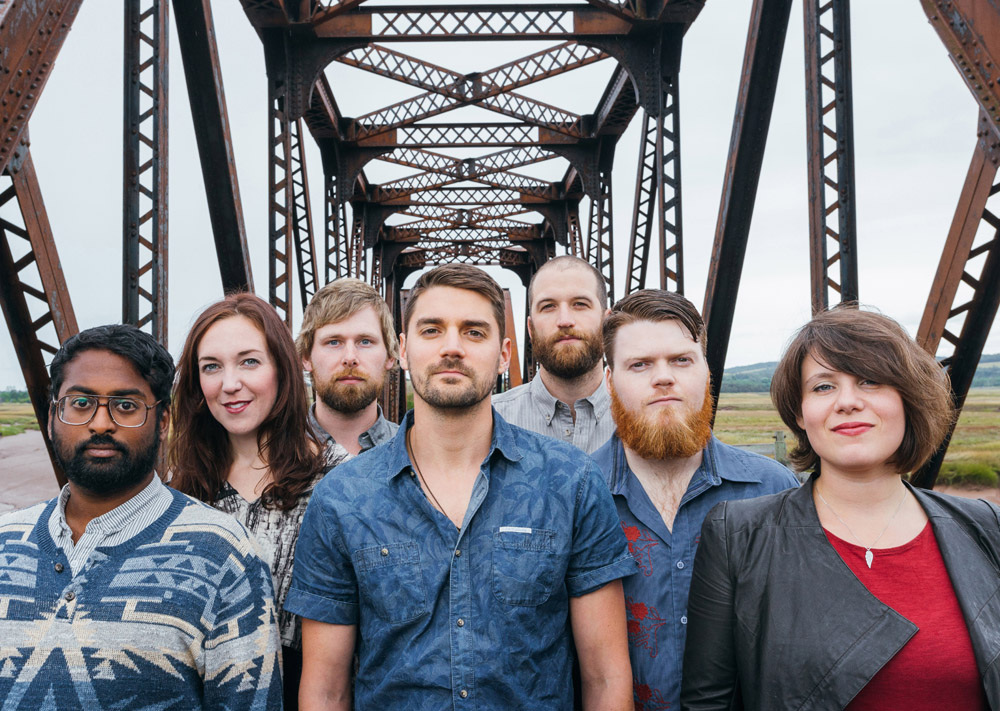 Hey Rosetta! is celebrating the release of their new record Second Sight (out now via Sonic Records) with a spring tour. The album is receiving critical acclaim—Vice’s Noisey states that it’s “music worth screaming about” andNOW Magazine adds, “Calling it their pinnacle might be premature, butSecond Sight is so damn invigorating that it may just be their best yet.”

Second Sight was recorded at Montreal’s MixArt studio and produced by Marcus Paquin (Arcade Fire, Stars, The National). Of the recording process Paquin explains, “I challenged the band to pull influence from new places and check out new sounds and let go of what they had accomplished in their demos. From those new sounds and inspirations, Tim’s lyrics just kept expanding. Musically and dynamically, this record has an extremely wide range compared to where we started. And Tim’s unmistakable voice is the glue that holds everything together.”

The band was recently featured on NPR’s “Weekend Edition,” stream and read the piece here: http://n.pr/1vp2UBy. In addition, they recently performed live sessions for Relix and Daytrotter, and their video for “What Arrows” premiered at USA Today. Of the video, which is part of the final Fogo footage, USA Today says, “The presentation itself is simple—the group and their instruments, awash in projections of crashing waves as the song crescendos—but the song is equal parts anthemic, dreamy and meditative…”

This article was submitted by an awesome reader. We gladly publish user submissions. For more about the author of this particular article, we have inserted the author bio at the bottom of the content when it is provided. Submit your own article by following this link: http://ashevilleblog.com/submit-an-article/
Previous Hi-Wire Brewing to Release Summer Seasonal Uprisin’ Hefeweizen May 13th
Next New Belgium Brewing Completes Asheville Distribution Center