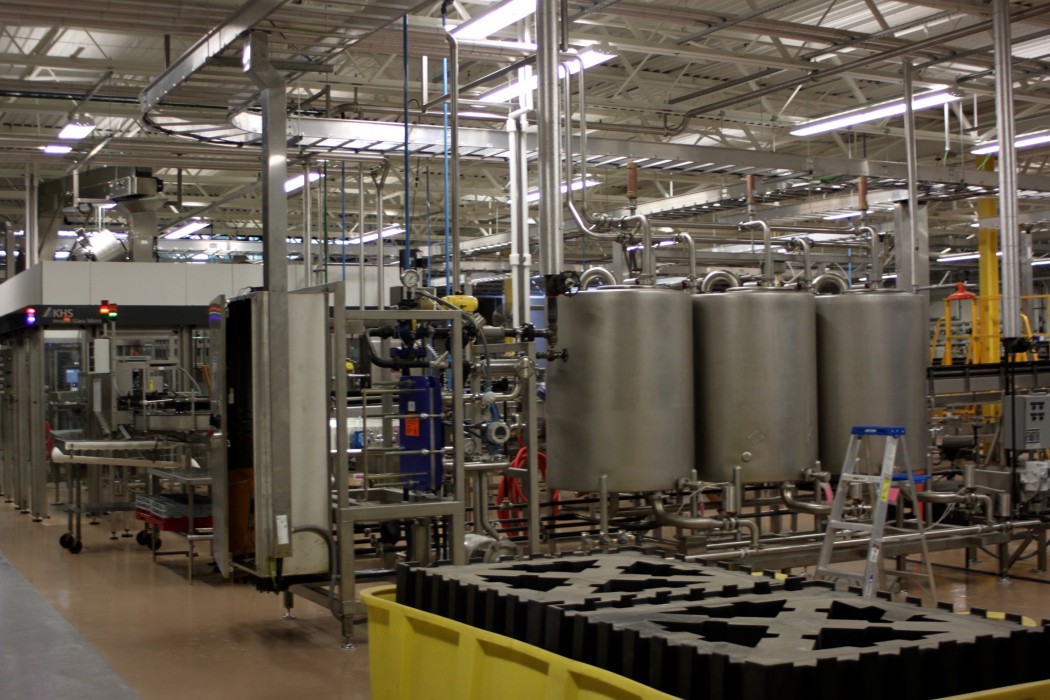 Tuesday night Highland Brewing Co. had their Pre-Release for the first beer of their Warrior Series, a line of bold, high gravity beers. There are going to be several new beers launched under this line four times a year and released in limited quantities. The newest Head Brewer at Highland is Hollie Stephenson, and her beer is kicking off this series with the 10% ABV King MacAlpin Double IPA. Hollie, originally from the East, previously worked for Stone Brewing Co. in California.

She said the thing she had been missing from California was the West Coast IPAs. No need anymore because she created what she calls a “bitter, balanced, 10% beer with a big, big lemon peel, tropical hop aroma and flavor.” Being an IPA-lover, I was elated to get a taste of this beautifully blended beer, and I was impressed. I picked up on pineapple aromas, and loved that she hadn’t used as much of the more typical grapefruit flavor, which gave this Double IPA a unique and memorable flavor.

Along with the celebration of Hollie’s new brew, President of Highland, Leah Wong Ashburn, was excited to share the other big changes to Highland and gave us a tour of the new bottling line and expansion that they’re hoping to open in October. Their new bottling line has the ability to bottle 320 beers per minute, which doubles their previous machinery and is an impressive site to see even when it isn’t running. The expansion will have an event center, perfect for weddings, concerts or any other event, complete with a prep-kitchen allowing you to use any caterer and have the even you truly want. Another exciting change is the rooftop bar above the event center that can serve up to 300 people.

There are a lot of exciting changes coming for the Highland Brewing Co. Family and be sure to help them celebrate by attending their release part for King MacAlpin Double IPA this Friday, July 17th from 4 to 9pm with live music from 6 to 8pm, local food trucks, and, of course, great beer! Highland is located at 12 Old Charlotte Highway, Suite 200 in Asheville.

Paige Brown is a travel-writer from the Midwest living in Asheville. She’s lover of hiking, road trips, craft beer, folk music & the Blue Ridge Mountains. When she isn’t traveling she spends her days writing about her worldly adventures on her blog - For the Love of Wanderlust.
@luvofwanderlust
Previous LEAF Releases Schedule, Funky Cocktail Crawl & VIP Tickets for LEAF Downtown AVL
Next Live Animals Sets Date for A R R I V A L Debut EP