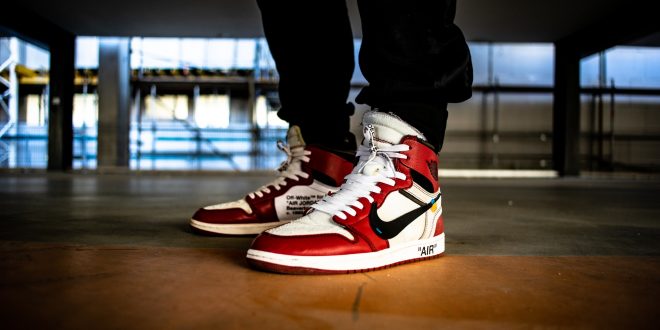 $7 million dollars over five years. That’s how much money Michael Jordan made during his first contract with Nike. Although it may not seem like a lot when compared to today’s endorsement contracts, that type of money for those amount of years was completely unheard back in the 1980s. To put it in perspective, before that Michael Jordan contract, the previous biggest contract was James Worthy with his New Balance endorsement, an eight-year deal worth $150k per year. Simple math suggests that James Worthy only made about 1.2 million dollars during that entire eight-year span.

Being that Michael Jordan was an unproven rookie with nothing but “potential” at the time he signed his deal with the Swoosh, Nike took a big risk in signing him for that large sum of money. Nevertheless, they saw something special in the young baller and decided to roll the dice. It’s safe to say that the deal ended up working out for all parties involved, right?

Looking to make an impact right off the bat, Michael Jordan’s debuting signature shoe, the Air Jordan 1 was immediately banned by the NBA. Reason being, the Jordan 1 Breds did not have White on the upper, which was a prerequisite back then for all basketball sneakers worn on an NBA court. According to information from CultEdge.com, for each game that Michael Jordan played in them, the NBA fined him a whopping $5,000 dollars. Looking to turn this negative into a positive, Nike saw an opportunity in this setback and gladly paid the $5,000 every time Jordan laced up the Black and Red Jordan 1s.

Soon enough Nike began marketing the sneakers as the “Banned” Air Jordan. They went on to suggest that the shoes were banned because it gave a player an unfair advantage and whoever wore them was considered a rebel on the court. Michael Jordan had a phenomenal rookie season, all while wearing the infamous Air Jordan 1. Nike’s brilliant marketing tactics made all of us want to go out and buy a pair of Jordan 1 just like MJ’s in hopes of doing the same magical things he was able to do on the court. Deep down inside, we knew these Jordan 1s were not going to make us “be like Mike,” but we still laced them up pridefully because it made us feel more connected to the man.

At this point in time, Michael Jordan’s Air Jordan sneakers took over the spotlight. The sneakers worn on the feet of every NBA player were now just as important as the player itself. Now, not only did players have to play well, they also had to look good while doing so. Although the word swagger was not used on a daily basis back then, that is exactly what you felt when you laced up a pair of Air Jordans.

Air Jordans made us view American sports in a whole different manner. We now not only placed our focus on the players and teams, but the shoes worn by the players gave us another way to connect with them. Not all of us are talented enough to play a professional sport, but we can all “play” the part by wearing the same sneakers our favorite players do. Sports entertainment transcended from being strictly all about the talent and skills of an athlete to an industry that highly depended on how marketable a player can be. Sports outside of basketball began to notice what Air Jordan sneakers were capable of in terms of money/marketing. It didn’t take long before other athletes from other sports began getting sneaker endorsement deals as well. Hundreds of sneaker endorsement deals have been signed after Michael Jordan did his over 35 years ago, but none have had the same impact as Michael Jordan’s Air Jordans. Yet, another reason as to why they call him the G.O.A.T..