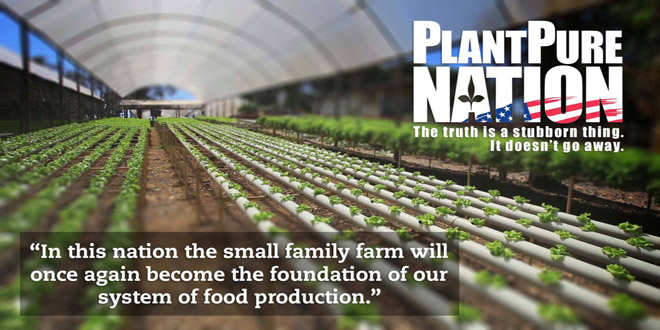 We were lucky to get an advance viewing of PlantPure Nation here at the Asheville Blog and even luckier to land an interview with Nelson Campbell. He’s the figurehead of the film and was kind enough to take a few minutes out of his film tour to speak with me on the phone. 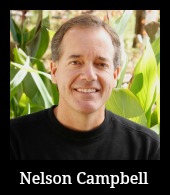 What I’d like to focus on here and draw everyone’s attention to here is the PlantPure Pod program. To put it simply the Pod programs are essentially the outposts of the Plantpure movement and function as localized centers for those who want to get involved and work with the organization to promote better health, local foods, and general awareness.

I asked what cities would be most suited to adopting Pod programs hoping to win all of you over by getting a nod to Asheville, but the filmaker’s response was even better. Campbell said that there has been massive interest, even more than was expected or hoped for, in almost every area they’ve screened the movie or established jumpstart programs. Truly great news for those looking to get involved. Ideally there will be a strongly cohesive network established as time goes on.

The main difficulty that the program has faced so far, according to Campbell, is not so much in people or interest but more so in the IT department. A struggle that I’m sure anyone can empathize with. The group is hoping to smooth out the kinks in their web platform very soon and provide a clear, easy way to find local Pod groups by zip code along with presenting an easily understood description of the Pods and their functions.

The Pods are going to be run very democratically; run in such a way that is nothing short of innovative and admirable. Each Pod will have a large degree of autonomy and the Pods that are creative in their efforts, along with those that are particularly successful, will see their story and methods shared throughout the community at large.

So far there are well established Pods in San Jose and Tampa Bay, and it would be great to see Asheville added to the list. There’s clearly enough interest here and with all the well deserved love the farmer’s markets around here get it seems our community should be able to collectively contribute something.

Mitigating food deserts is another item on PlantPure’s to do list and there are already plans in motion. So far the goal is to of course get fresh, wholesome food into those areas. The welcome twist is that the organization wants to do that without marking up price and will utilized Pods to do that. PlantPure Oasis is the working name for that aspect of the movement. As Pods become more established they will hire on community managers and advisors to increase their impact and effectiveness. 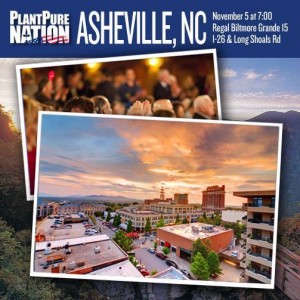 As a side note to that point, in my review of the film I mentioned I was uncertain into the specifics behind the featured jumpstart program. I’m happy to say that Nelson Campbell answered my questions with pleasure. The standard diet of the participants was typical of the rural South, excellent comfort food featuring lots of meat and fried food. The average costs of meals in the program came out to about $6.50 per pound of prepared food. Excellent numbers all things considered.

Furthermore, PlantPure has a new product in the wings that aims to function as a healthy, vegetarian version of hamburger helper that will allow people to bulk up meals at very, very low cost.

The publicity tour for the movie is in full swing and the momentum keeps building. The Nov. 5th screening sounds like it was packed. If you were unable to attend, I would highly recommend checking out the website; looking for the movie on iTunes towards the middle of this month; finding a friend who went; or if all goes well checking out the film on Netflix in early 2016. The documentary will also be available as an on demand purchase from most cable providers, Dish, and Direct tv.

PlantPure is doing a lot of good and wants nothing but to do even more. If you are interested go to their website and investigate what you can do to contribute.

Steve graduated college about two years ago and when he's not plugged into the matrix spends time kayaking, hiking, or working trail crew. Besides that it's movies and food, along with all things geek.

Previous No Animals Were Harmed In The Making Of This Film: PlantPure Nation
Next Raleigh-Native, WCU Grad Jeanne Jolly Hosting Album Release in AVL