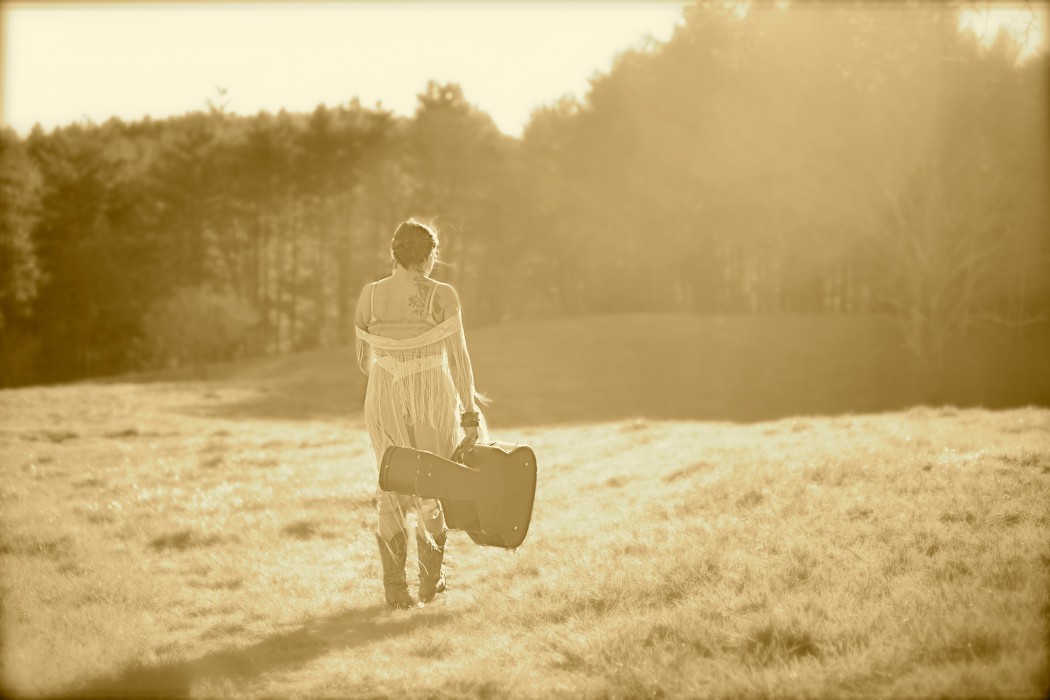 Vocalist & Songwriter Jane Kramer Makes a Full Voiced Return to Her Roots with Mountain-made Second Solo Album, Carnival of Hopes – Due Out Feb 26, 2016

Vocalist and songwriter Jane Kramer is set to independently release her gutsy and ambrosial second solo album entitled Carnival of Hopes on Friday, February 26, 2016. Her band for the night includes the amazing River Guerguerian and Eliot Wadopian of Free Planet Radio, Franklin Keel of Sirius B, JP Furnas of Empire Strikes Brass, Pace Conner and Michael Evors, and more special guests. Come join in on a night of honest, inspired music-making.

Carnival of Hopes feels both celebratory and frank. It is filled with songs of regret and insight found after deep and gritty self-reflection. At its core, the album tells the story of facing down dark inner demons while still clinging to “that tiny chirping of light in your bones that somehow keeps you tethered to keeping on,” Kramer says.

Throughout the album, it is Kramer’s unvarnished honesty and searching, powerfully sweet and heartrending voice that carry the well-crafted and arranged songs and tie both elements of loss and healing cohesively together. “I’m not great at making stuff up,” she says, “so I sing what I lived and what I know, without any sugar or fluff.” 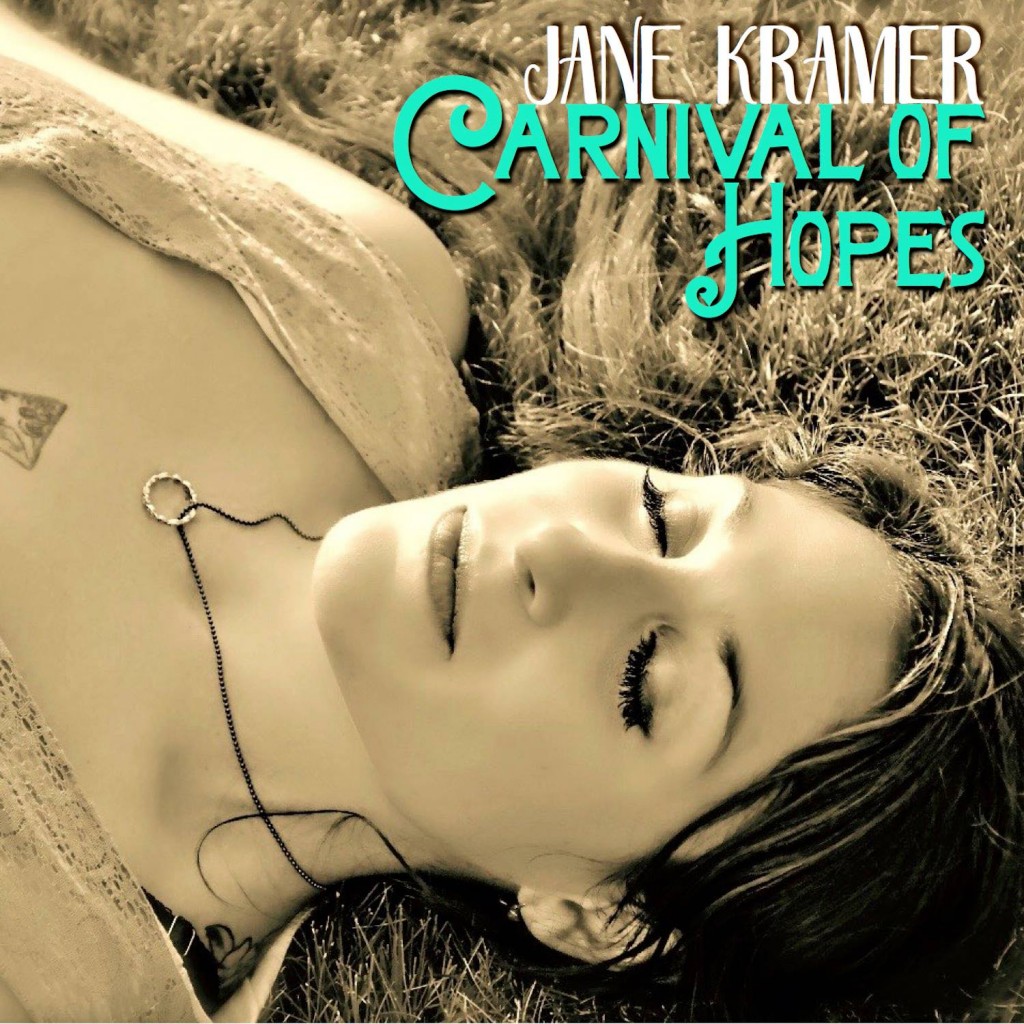 “Anyone who has stared down the barrel of themselves and their failures and fears and shipwrecked loves has scraped up against the bottom of their own capacity for hoping,” says Kramer, a social worker and musician by trade. “My carnival of hopes is busted and hideous and rusty and somehow still brave and sparkly,” she says, “like the image of the forgotten Ferris wheel printed on the disc – half taken over by trees and time, but still standing.”

With deep ties to the area, Carnival of Hopes, boasts a sparkling cast of Ashevillian producers and players. It was recorded at the award-winning Sound Temple Studios in Asheville in February of 2015, while she still lived on the other side of the country in Portland, Oregon. A few months later, after a four-year run spent writing and reflecting on the West Coast, Jane Kramer pulled up stakes and returned to Western North Carolina with a renewed energy to share her new music with the world.

Carnival of Hopes aches and soars with her connections to Appalachian balladry, a force she first encountered at Warren Wilson College and honed while performing with the Asheville-based all-female trio, the Barrel House Mamas, who helped reintroduce Americana music to the Blue Ridge Mountains a decade ago. However, it is as a solo artist where the power of Kramer’s songwriting and world-class vocals truly shine.

Kramer’s longtime friend Adam Johnson of Sound Lab Studios, whose portfolio of clients includes such names as Alison Krauss and Yo Yo Ma, produced and engineered the album. Kramer is backed by Chris Rosser on piano and harmonium, Eliot Wadopian on upright bass and River Guerguerian on drums and percussion, the virtuoso trio that comprises Free Planet Radio, and by master Georgia-based bluegrass musicians/ multi-instrumentalists, Pace Conner (steel string, high string and baritone guitars, ukulele, mandolin, and backing vocals) and Michael Evers (Dobro, banjo, mandolin, and backing vocals) who arranged the songs for recording and perform and tour with Kramer regularly.

Carnival of Hopes as an album is full of sometimes-searing flourishes on the complexities of Kramer’s modern life. The title track clearly encompasses that, she says.

“In the song ‘Carnival of Hopes’ and on the record as a whole, I talk about letting things die and being honest about it: the notion that I am a good woman, ideas for my future and success, a big love, and even parts of myself dying and being reborn in the letting go” she says. “I talk about laying down my hammer but leaving the light on in the window. While these are heavy concepts, I feel the take-away feeling of the album is one of hope.”

On this deeply personal album, Kramer’s favorite track is the ballad, “Good Woman.” While she says she’s not one who fits that description, listeners might disagree after hearing the lilting but earnest passion and regret in her voice.
“Good Woman” is the song you write when your lover kicks you out of the house and you’re half drunk on cheap box wine in a crappy motel room staring at yourself in the mirror under the fluorescent bathroom light,” Jane says. “You can’t help but be honest then.”

“Aside from the sentiment, the contributions of virtuoso players, Nicky Sanders of Steep Canyon Rangers and Franklin Keel of Sirius B, also help make the song a favorite,” Kramer adds. They play orchestral fiddle and cello, respectively, on “Good Woman”.

Other songs on the album offer clear hints to Kramer’s unflinching self-examination and ability to convey heavy subject matter through utterly palatable and even catchy song-crafting. The New Orleans jazz-influenced “Why’d I Do That Blues,” (which features a horn section comprised of JP Furnas on trombone and Ben Hovey on trumpet), the classic country honky tonking sass of the opening track “Half Way Gone,” and the banjo-driven, uptempo modern-day spiritual “My Dusty Wings” all speak to a talented songwriter laying herself bare. She credits her songwriting hero and mentor, Mary Gauthier, with helping her reach for, and express, everything she hoped to communicate with the album.

The songs on the album were all penned by Kramer with the exception of one cover, “Down South,” written by Tom Petty. “This tune just sounds like the mountains.” Kramer says,”I’m a huge Petty fan and love the poignant simplicity of his writing. Additionally, and probably what was most important to me was the message of the song thematically, about returning home to the south and it’s little idiosyncrasies.”

The sense of homecoming that rings through was a conscious effort, Kramer says. “I did that because Asheville is my dirt. It’s my home and my culture, musically and otherwise. I missed it and knew somewhere in my bones I would be coming back to stay soon,” she says.

“I didn’t want to make an album that didn’t sound like home,” Kramer adds. “I wanted Asheville musicians and Appalachian instrumentation – that wistful, southern dobro sound that hurts your heart a little.” Carnival of Hopes is indeed a homecoming album, and will take listeners through the enchanting and accessible emotional landscape of a woman who has climbed the mountain of her own failures and fears and learned how to be at home with herself.

Learn more about Jane Kramer and her music at www.JaneKramer.net and stay up to date with news at www.facebook.com/janekramersongstress.

Erin Scholze, owner of Dreamspider Publicity, has long been one of the greatest supporters of the National Festival and Asheville music scenes. Her love of celebration has manifested itself through the work she has done for the community at large for musical clients and events. Based in Asheville, NC, her company raises international awareness of the diverse local, regional and national talent that she represents. Services offered to musicians include album promotion, national publicity for touring bands, regional coverage for local and outside acts, social networking and consultations about the basics of self-promotion.
Previous Announcing: Best of Asheville Comedy Showcase and Sick of Stupid Comedy Tour
Next Christmas Jam 2015: Music in Review