Home » Events » Join RiverLink for RiverMusic on Friday, June 12 in the RAD 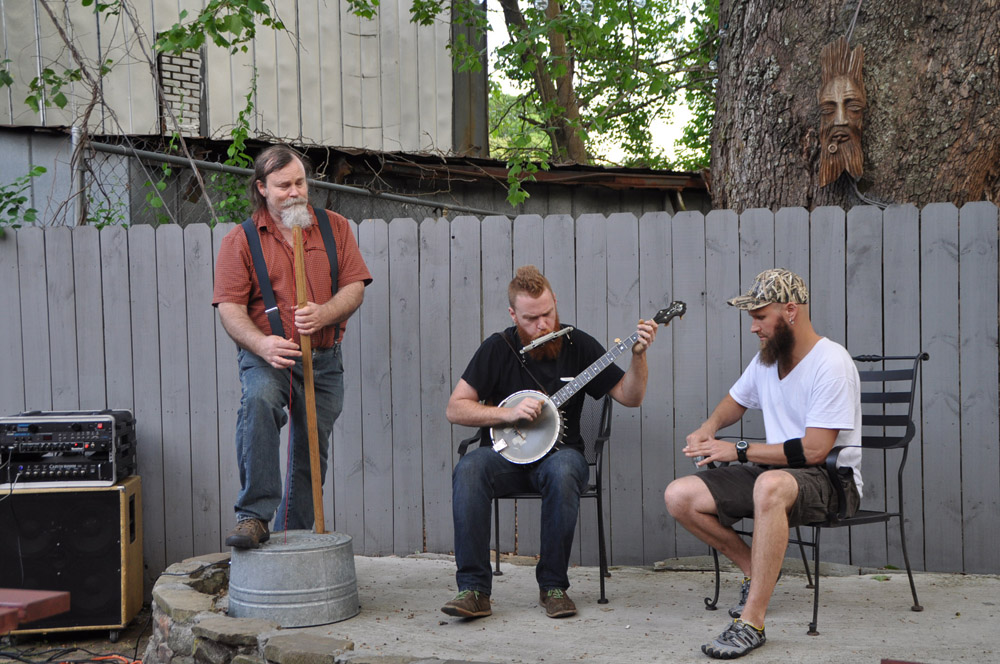 Join RiverLink for RiverMusic on Friday, June 12 in the RAD

RiverLink’s RiverMusic continues Friday, June 12. to the River Arts District for its fourth big year! RiverLink has put together another exciting lineup of music, food and beer for 2015. Gates at the RiverLink Sculpture and Performance Plaza (144 Riverside Drive in the River Arts District) open at 5. The music starts at 5:30, with the second band at 6:45 and our headliner at 8:15.

On the Prestige Subaru stage, grooves rule with headlining alt-rockers The Ben Miller Band. Former Washington Post music critic Joe Sasfy says of the evening, “My own sense of anticipation peaks on June 12 when the Ben Miller Band headlines what should be an evening of rowdy Americana.  This Missouri trio wowed ’em as openers for rock legends ZZ Top, and have been turning heads and twisting ears everywhere with the inspired fusion of bluegrass, delta blues and old-timey they call “Ozark stomp.”  The band looks a little weird, plays some eccentric homemade instruments, but is no joke.  This is one totally original, explosive American band that seems a perfect fit for Asheville. The evening’s tone will be set by Asheville’s alt-folkies, The Toothe, and a tough electric blues band from Hickory, the Red Dirt Revelators.

Read what Sasfy has to say about the evening’s entertainment as well as the rest of the RiverMusic lineup by clicking here.

For June 12, RiverLink will be serving beer from  New Belgium and Twin Leaf Brewing, and will have a variety of foodtrucks serving up eclectic delectables.

RiverMusic makes a nice cherry on top of a day in the River Arts District. Visit some of the 180 working studios in 22 former factories and historical buildings nestled along the French Broad River. Have lunch at one of the 14 restaurants in the RAD, get some Christmas shopping done and come to RiverMusic to dance by the River and have dinner and a few beverages.

Catch a sneak peek at what the Ben Miller Band can do – they appeared on Asheville Sessions while on tour last year.

RiverLink is a regional non-profit spearheading the economic and environmental revitalization of the French Broad River and its tributaries as a destination for everyone to work, live and play.

RiverLink accomplishes its mission by providing permanent public access to the river through conservation and recreation easements, reclaiming contaminated lands for public use and enjoyment, greenway development, creating public no-fee, no-reservation overnight camping sites along the river, adaptive reuse of historic structures, educating 5,000 students K-12 annually as well as the public-at-large about the French Broad River watersheds’ importance and empowering over 1,700 volunteers each year.

RiverLink was established in 1987 and is the only French Broad River watershed non-profit exclusively focused on the French Broad River.
Previous Robert Randolph Returns to Asheville Saturday Night 6/6/15
Next The Kittens Are Coming: $5 Adoption Fee For Adult Cats