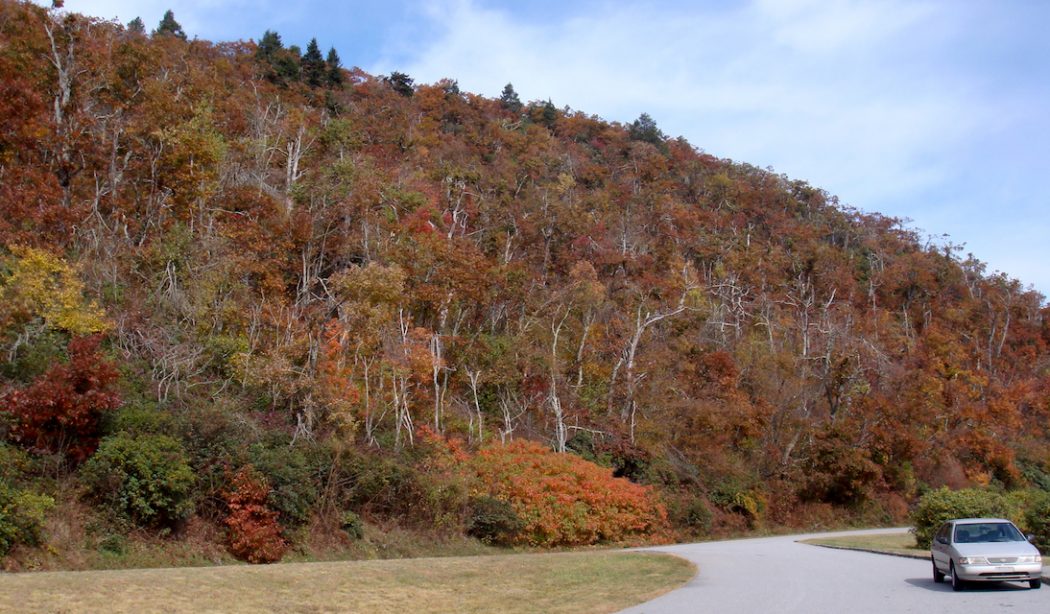 Where would Asheville be without the Blue Ridge Parkway? Of course, the answer is that it would be exactly where it is now. You can’t magically move an entire city, vortex or no vortex. But that’s not the point, is it?

What kind of tourist destination would Asheville be without the Parkway? How would the city be faring, economically speaking, without the Parkway (and maybe the Biltmore Estate)? I’ll tell you how: we’d be in similar shoes as Robbinsville, reeling from the latest manufacturing plant shutdown. Luckily, Asheville was spared that fate.

The Blue Ridge Parkway draws tourists by the, uh, truckload — which is ironic, since commercial vehicles cannot drive on it. It’s a resource for the city that pours money into everyone’s pockets. I mean that figuratively, of course. I have never woken up one morning to find dollar bills stuffed into my pants pocket, not even the morning after girls’ night at the Treasure Club. But I digress…

The winding, two-lane byway, with its scenic vistas and mountainous topography, is one of the most beautiful stretches of road that is not on a coast. You may already know that it traverses 469 miles from the Great Smoky Mountains National Park to Shenandoah National Park. What you may not realize is that it’s also the narrowest national park in the country. 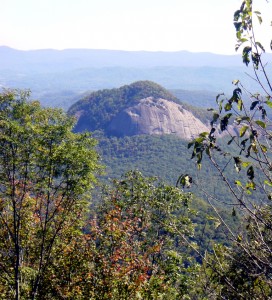 Construction on the Parkway began in 1935, but didn’t finish until 1983. Largely, I think, because it was a government project. Anyone who complains about that, though, has never driven the road. About 17 million people do visit every year, although not all drive the whole distance.

Despite this attraction, major parts of the Parkway close intermittently. Just the threat of aberrant weather suffices to shut the thing down. Too rainy? Too windy? Too snowy? Too sunny? It’s impossible to predict when or where it’ll close.

The Biltmore Estate rarely closes. The Cecil family understands that a day of locked doors is a day without profits. Why can’t the Parkway governance folks take a similar approach? Is there a valid reason why a major tourist attraction should ever close? Regional businesses, like restaurants and hotels, depend on tourism dollars. Every time the Parkway closes, some Asheville shopkeeper goes hungry.

Are the closures due to safety concerns? Sure, it’s an unlit road, flanked by trees or a sudden drop with few guardrails. But very few people have died along the Parkway. It’s pretty safe, even on a motorcycle. 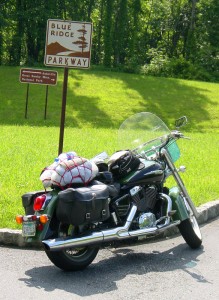 Most people drive conservatively — in some cases, a little too conservatively. If you’ve ever been stuck behind an antiquated land yacht doing half the speed limit, you know exactly what I’m talking about. In their defense, the views are often spectacular and surprising. But damn, that’s what the 275 scenic overlooks are there for. Pull over already!

Ah-hem. Where was I?

Oh yes. Even if a few people have sailed off into the Great Beyond or had a too-close encounter with a large oak, it’s no reason to shut the Parkway down. People have been hurt or even died at Disneyland, but you don’t see that tourist destination closing its doors. If the weather turns bad, just post a few warning signs: “Danger. If your windshield is icy, picture the road surface.” I vote for keeping the Parkway open. Year-round. Like Disneyland.

Mark is a freelance writer, editor, and videographer who has spent his life playing with words and pictures. He used to think tourists were “endlessly entertaining,” but lately their driving habits have tested his patience. He writes on every subject from parking in Asheville to choosing SEO keywords. He edits fiction and nonfiction. He produces website content, including video. He’s lived in Asheville for ten years, which means he’s a third of the way to being considered a local. You can reach Mark at markhenrybloom@gmail.com or through his professional website at rayaccess.com.
Previous Asheville Sessions: Jaime Lauren Webb
Next Geek Out 2014 Recap Video 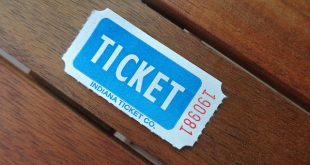