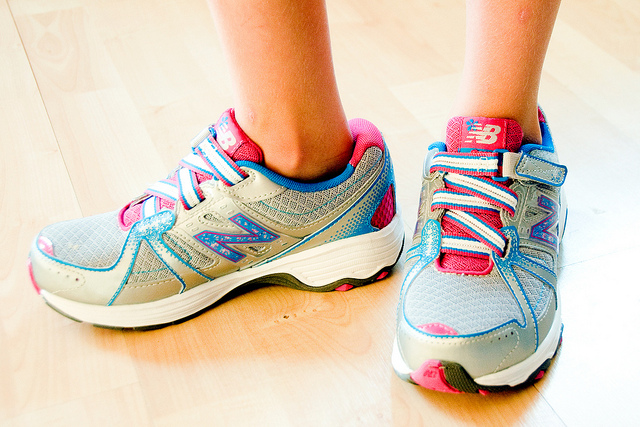 Asheville Outlets announces the addition of New Balance Factory Store to its retail offerings. One of the country’s leading brands in athletic footwear and apparel, New Balance is unique in their dedication to American manufacturing, assembling more than four million pairs of athletic footwear per year in the United States.

Originally an arch support company, New Balance was founded in Boston, Massachusetts, in 1906. Over 100 years later, its product line has expanded to include athletic shoes for runners, baseball players and even NASCAR drivers. New Balance also offers a full line of sports apparel and accessories for men, women and children, along with comfort, casual and lifestyle wear. The company’s family of brands includes New Balance, Dunham, PF Flyers, Aravon, Warrior and Brine.

“We live in an area where everyone is hiking and biking and running. Adding a familiar brand like New Balance will give people with active lifestyles even more shopping options,” said Sharon Morgan, General Manager, Asheville Outlets.

New Balance is also committed to developing environmentally-sustainable products, creating less waste and utilizing recycled packaging. Additionally, the company is a footwear and apparel provider for the United States Military and has developed and designed physical training uniforms for the Marine Corps.

New Balance, headquartered in Boston, MA, has the following mission: Demonstrating responsible leadership, we build global brands that athletes are proud to wear, associates are proud to create and communities are proud to host. New Balance is the only major company to make or assemble more than 4 million pairs of athletic footwear per year in the USA, which represents a limited portion of our US sales. New Balance owns five factories in New England and one in Flimby, U.K. New Balance employs more than 4,000 associates around the globe, and in 2013 reported worldwide sales of $2.73 billion. To learn more about New Balance, please visit www.newbalance.com.

I grew up in Western North Carolina, and like many who grew up here, left for bigger and better things. I ended up choosing to come right back where I started. I have lived in cities from Manhattan to San Francisco to Atlanta. Asheville is my favorite. After getting a master’s degree in journalism with a public relations focus, my first job was with an agency in Greenville working on crisis communications for the hospital system. That began a career where I’ve handled almost every job there is in PR/marketing /media, from copywriter to media buyer to event planner to salesperson. I was in the trenches during the first dot com boom and bust and worked with Google before it became a verb. I’ve written regular columns for publications on beauty products and how to navigate the internet.
Previous Local Artist Dreams Turn Reality With Help of Micro Loan
Next Teen Trio Posh Hammer To Release 6 Track EP in May