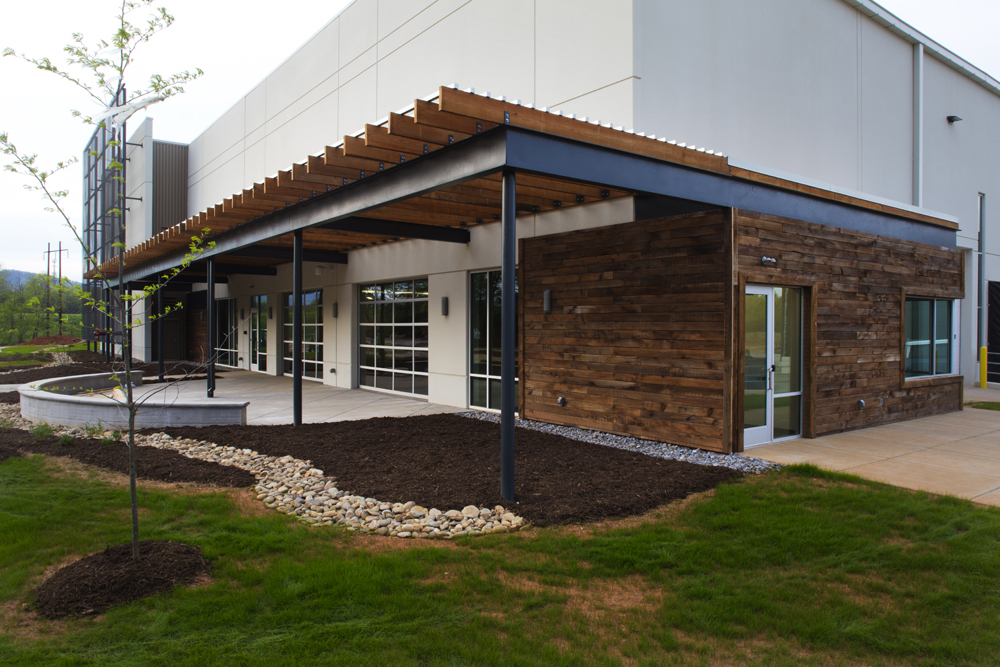 “The right partners and the right place; we’re thrilled to be here in Enka-Candler,” said Mark Fischer, New Belgium Senior Plant Engineer. “Our plan is to ship product by the end of 2015 and until then, we’ll be preparing the space for use, refining shipping and receiving practices, and storing raw materials to support the brewery start up later this year.”

Built in partnership with ARCO National Construction – Beverage Group and Finkle Williams Architecture, the 141,000 SF warehouse includes 88,000 SF of refrigerated space, enough to hold 12,000,000 bottles and cans, 50,000 full kegs of beer and 9,000 SF of outside covered storage area, enough to hold 45,000 empty kegs. There’s 44,000 SF of storage for 300 tons of cardboard and raw materials. Forty of New Belgium’s 140 projected Asheville coworkers will be working at the distribution center.

The New Belgium distribution center is primarily a cold storage warehouse facility, with warehousing and office space. While refrigerated warehouses are not typically known for their environmental sustainability, keeping in step with the company’s commitment to sustainability, New Belgium is pursuing LEED certification. The building is designed to use 25% less energy than a traditional building and the LED lighting uses 20% less energy than conventional lighting system. In the building process, 84% percent of materials were manufactured within 500 miles, while 82% of onsite construction waste was diverted from landfills.
asheville real estate
The distribution center comes online prior to the more complex brewery, packaging hall and tasting room being built along the French Broad River, just east of the distribution center, where they will eventually brew 500,000 barrels annually. Hiring began in early 2015 and continues at www.newbelgium.com.

New Belgium will be opening the doors to their Asheville location located in the River Arts District in 2016.
Previous Hey Rosetta! Plays The Grey eagle 5/12/15
Next Hunting for Good Food? Try the Red Stag Grill at the Grand Bohemian