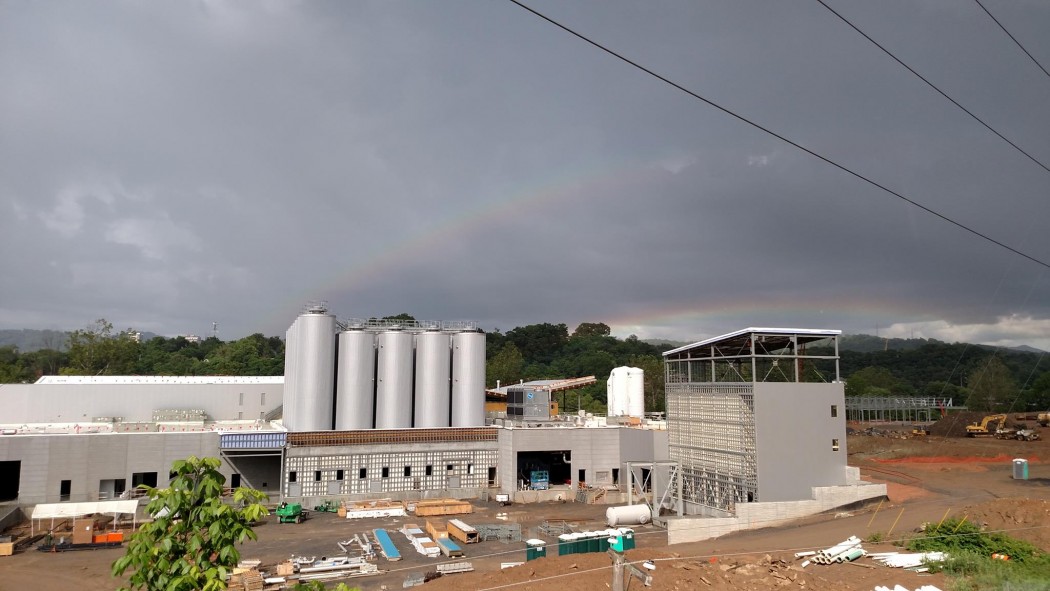 Since April of 2012, Asheville has been anxiously awaiting the opening of New Belgium Brewing Company’s second production facility, which will be located in the River Arts District of Asheville.  The brewing facility and tasting room are expected to open sometime in 2016, which has had excitement at a peak.  However, recently the neighborhood has been buzzing about news that the company, which is currently employee-owned, has hired investment advisors Lazard Middle Market to explore potential sale of the company for at least $1 Billion.

Kim Jordan, New Belgium’s Founder, former CEO, and chairman of the Board of Directors officially stated in an email that they had “an obligation to have on-going dialogue with capital markets with the goal of making sure that we remain strong leaders in the craft brewing industry.  There is no deal pending at this time.”  Unfortunately, this announcement came at an awkward time, as the past month has been a very hectic time in the craft beer industry, particularly this past week.

On the same day as New Belgium’s announcement, The High End, a company within the Belgian beer behemoth AB InBev, announced that they had reached an agreement to include Four Peaks Brewing Company in Tempe, Arizona to their portfolio.  Fans took to the brewery’s Facebook page and expressed their outrage and disappointment in the situation.  They rather quietly nabbed up London based Camden Town Brewery last Monday, which didn’t create too much outrage here in the US.  Then last Tuesday there was a big one that became the third major buyout in 5 days;  The Anheuser Busch newsroom released a statement that they had acquired Breckenridge Brewery in Colorado.  Similar outrage ensued.

To clear the air, New Belgium is not currently talking with The High End or anyone else for that matter (that we know of), but fans of the Fort Collins based brewery expressed concerns that they might have a similar fate as these other large breweries.

It’s been reported by The Denver Post that “it is unlikely federal anti-trust regulators would let Anheuser-Busch acquire New Belgium, which has a 0.5 percent market share,” according to Bart Watson, chief economist of the Brewers Association based in Boulder.  It’s also very possible that New Belgium is looking at a way to scenario that protects their independence, rather than sell a portion of, or even all of the company.  After all, their reason for becoming an employee owned company was to ensure their own independence, so the current shareholders in the Employee Stock Ownership Plan would have a say in the outcome of these discussions.

So why is it such a big deal if AB InBev owns all these craft beer brands?  Some fear that AB Inbev is going to create huge incentives to persuade distributors to carry almost all of their quasi craft brands.  AB Inbev already does offer some incentives, but thankfully it’s still much more profitable to carry and distribute the craft brands.  Hopefully the increased bonus, if allowed, doesn’t persuade any of these agencies to change their stance.

While we all anxiously await the outcome of this New Belgium scenario, fans of independent owned businesses can only hope that AB InBev, SAB Miller and all other large beer entities keep their greedy hands out of the cookie jar this time, or that New Belgium denies them this opportunity if they make an offer.

Just before the New Year, New Belgium has announced that test brewing at the Asheville facility has begun and that they expect to have the Liquid Center (their tasting room) open by the end of February.  There is also be a grand opening and 25th anniversary celebration set for August 2016.

Along with this announcement, there was a statement that said:  “As to recent speculation around our ownership structure, there is no deal on the table. We look forward to growing our team, honoring our commitments, and continuing to be a responsible and engaged member of the Asheville community.”

Stay tuned for updates on the entire situation!

Since moving from Virginia in early 2014, mainly for the craft beer and the live music, I’ve been involved in following both very actively. My herbalist girlfriend and I also enjoy getting out in nature with our dog, wildcrafting the edible and medicinal flora and taking in the beautiful scenery. My past experience in graphic design and working with signs landed me my first job in Asheville, where I was fortunate to meet a lot of up-and-coming as well as long established local business people. Now I am a salesman for Arcdyn Inc., a local wholesale security camera distributor, while writing about beer and music as a hobby. I am also very excited to be a part of the Asheville Blog team!
Previous RiverLink Awarded $510,000 from NC Clean Water Management Trust Fund
Next Andrew Scotchie To Welcome 23 with Musical Birthday Bash