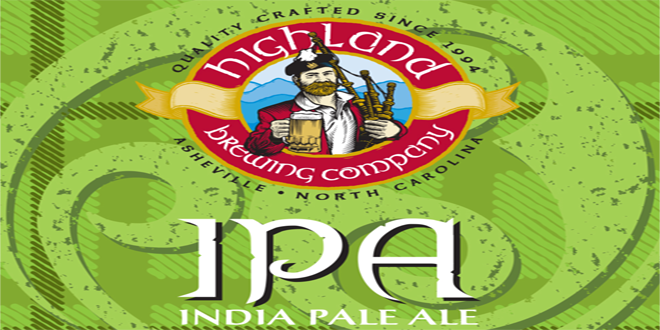 Highland Brewing Company today announced it will release its new, year-round West Coast-style IPA on Jan. 4, 2016. It is the first of 12 new beers the 22-year-old brewery will debut in 2016. Highland will release two other year-round beers, three new seasonals, two new Warrior Series beers and four Kinsman Project beers in 2016.

“Our vision for intentional growth and our talented team inspired the additions of a West Coast IPA and other exciting styles to our portfolio,” said Leah Wong Ashburn, president of Highland Brewing Company. “At the same time, I see Gaelic growing. It’s our workhorse and my go-to beer. The combined strength of classic and new styles, done well, is our future.” 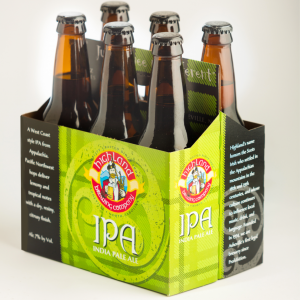 “Highland IPA will be my favorite in the Southeast,” said Stephenson. “There are some good specialty IPAs in North Carolina, but as a year-round offering that is drinkable and edgy, I think Highland IPA is unique. It is assertively bitter, but not overwhelming. The ABV is higher than what you see in a lot of new IPAs, but not so high that you can’t go back for another. For me, Highland IPA is a pint or bottle of what defines a West Coast IPA.”

Highland will debut the IPA at its official launch party on New Year’s Eve at the brewery before the beer is available to the public. Sold in six-packs, 12-packs and on draught, Highland will release the IPA in January 2016 with distribution expanding throughout the year.

“We’re rolling out an ambitious number of new styles in 2016,” said Ashburn. “The excitement running from the Brewing to Packaging to Quality teams is palpable, let alone Sales and Marketing. We can’t wait to share them with customers.”

o   IPA (January) is a hop-forward, West Coast IPA with hints of tropical fruit and citrus from Pacific Northwest hops.

o   Mandarina IPA (July) is a lower-gravity IPA that is hop-bursted with five pounds of hops per barrel for intense aromas of melon, strawberry and tangerine over a balanced malt body.

Three New Seasonals: Every Highland seasonal is named after a land feature or species protected by the Southern Appalachian Highlands Conservancy.

o   Saw-Whet Saison (February) is named after a tiny owl found in the higher elevations of the Southern Appalachians.

o   Lost Cove Kolsch (June) is a crisp and refreshing German-style kolsch, and is named for a Prohibition-era hide-out-turned-ghost-town in the Nolichucky River Gorge.

o   Highland IPA (July), infusion ingredients to be announced at a later date.

o   Oatmeal Porter (September), infusion ingredients to be announced at a later date.

We want to be the brewery of choice in the Southeast. To achieve that goal, we believe it takes more than great beer. With each new hire, it doesn't take long to learn Oscar's mantra: Honesty, integrity and respect. Nothing about beer, not specifically. But the larger ideals that lead to great beer - caring about how it's made, caring for the people involved, from the grain farmer to the mom at the grocery store. Operating within these lines gives rise to a culture around a product. A culture that is sustainable for our employees, our customers and our environment. Come see us! Get a beer at Asheville's first legal brewery and learn what we believe in.
Previous Hi-Wire Brewing Releases Tropical Fruit Golden Strong Ale
Next Whistle Hop Brewing Company Brings Big Flavor To Fairview 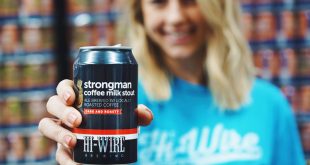