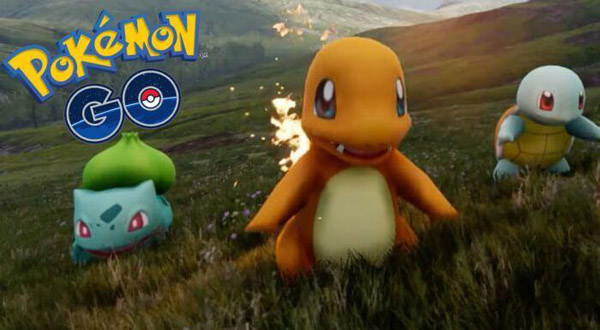 Pokemon Go is an augmented virtual reality game in the form of an app that is available free for download on Android and Apple phones. This week old app is wildly popular, with many participating fans running wild around Asheville trying to catch Pokemon, battle gyms, and get free balls, potions, and more at Poke Stops.

For the uninitiated, the app works by using custom servers and Google Maps to display the area around you. To move within the game, you must walk with the app open. As you walk, your on screen character will move, and if you see a strange creature pop up, click it. This opens up a battle mode, in which you must throw poke balls at the Pokemon to catch it. Once it is caught, it is added in your Pokedex, and is now available for you to evolve, level up, battle up, and more.

Poke Stops appear on your screen as blue squares floating above pedestals. These randomly generated stops are traditionally churches, monuments, murals, art installations, and other local sights. When the stop changes from a circle to the Pokemon emblem, click it to receive free in game items.

While trying to catch all 151 elusive Pokemon is half the fun, battling at gyms is crucial for a lot of die hard fans. Just like in the original games, players go up against high level Pokemon in various gyms to gain experience as well as bragging rights. In Pokemon Go, you are required to join one of three teams:

Mystic: Color – Blue | Leader – Blanche | Mascot – Articuno
Team Mystic is driven by wisdom and logic rather than emotion and trust.

When a gym has been taken by a team, the gym structure in the game will change color to reflect the current holding team. Players must battle by being in close proximity to a gym, and players use their Pokemon to fight in real time. Gyms are sprinkled all over Asheville, from a church in North Asheville, to a graffiti mural in the River Arts District, to a cemetery in Candler. So far, AshevilleBlog staff has counted over 50 gyms in the area, stretching from Arden to Woodfin, Leicester to Weaverville, and everywhere in-between.

Need help finding a gym? Consult our handy dandy customized map below. Click each icon to reveal the location of the gym. Know of a gym we missed? Drop us a line!

Are you team Valor, Mystic, or Instinct? Tell us in the comments below!

This article was brought to you by one of our awesome staff writers. Some of our writers don't want the fame and glory that comes along with being awesome, so we respect their privacy. Want to tell them how good their work is? Write a comment below and leave them some love!
Previous Asheville Biscuitry Closed
Next Bands, beer and Barnaroo: Counting down to the annual music fest