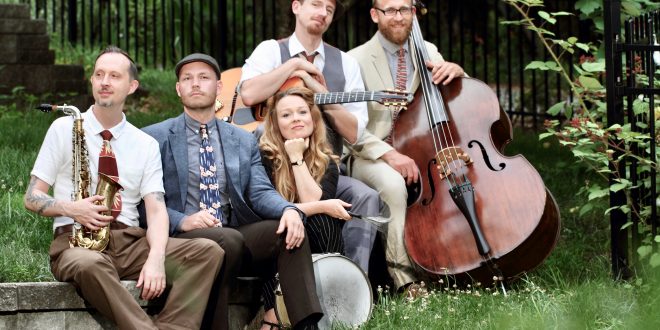 This spring, dive back in time with Queen Bee & The Honeylovers and take a whimsical journey through the “Land of the Sky.” The newly-budded swing-jazz-folk ensemble is slated to drop their debut record, Asheville, on April 27, 2019. Asheville is a breath of fresh air in a cynical time – a joyful romp through the history of a famous mountain town: Thomas Wolfe’s Altamonte, F. Scott Fitzgerald’s playground. “Queen Bee” Whitney Moore pays homage to her hometown’s golden age through stories passed down from her grandparents, local legends, and folklore set to the musical style of their time. This fourteen-song set breathes new life and innovation into swing music while it gives a dedicated nod to the small-combo legends who first defined the genre.

Each track on the album is set in a different iconic Asheville location during the swing era. Some song titles are place names, like “Beacham’s Curve,” “Hominy Creek,” and “Helen’s Bridge” while others tell stories of famous Asheville personalities like “Cornelia’s Masquerade” (Cornelia Vanderbilt), “Dr. Grove’s Tasteless Chill Tonic” (E.W. Grove of the Grove Arcade and Grove Park Inn), and “The Legend of Zelda Fitzgerald.”

Rather than erase the injustices of yesteryear with a nostalgic gloss for simpler times, the Honeylovers paint a picture of the past that points out that  the “good ole days” were not good for everyone. Peel back the layers of Asheville, and you’ll find biting commentary that resonates with present-day politics. “Hayes and Hopson” is a raucous  party anthem about Asheville’s most famous speakeasy, but it also decries the ubiquity of police corruption. “Logan and Moore” is an homage to Whitney’s grandfather’s tailor shop, written using snippets of their ads. It also laments mechanized displacement of handicraft, echoing present day woes of Amazon and WalMart. “Beaucatcher” recounts the origin story of Asheville’s iconic mountain while sharing the tragic tale of a homosexual man trapped in a heterosexual relationship. In Asheville we learn that history has already repeated itself again and again.

This is not just another kitschy swing revival band. Smart and savvy, the Honeylovers’ sweet melodies invoke a nostalgia for simpler times, while their lyrics point to the politics of the current-day. And in celebrating Asheville’s history, they are proudly promoting the city that Asheville has become.

The album was recorded by Grammy winner, Matt Williams in his Weaverville, NC studio, The Eagle Room. Joining them in the studio was Henry Westmoreland of Squirrel Nut Zippers, Eric Heveron-Smith of Postmodern Jukebox, Russ Wilson and James Posedel of the Rhythm Serenaders. Three of the songs “Cornelia’s Masquerade”, “Hayes & Hopson” and “Beacham’s Curve” were co-written with Michael Gamble, founder of the Rhythm Serenaders and organizer of Lindy Focus.

Queen Bee and the Honeylovers will be celebrating the release of the album with a full band show at the Isis Theater in their hometown of Asheville (where else?) on Saturday, April 27.

This article was brought to you by one of our awesome staff writers. Some of our writers don't want the fame and glory that comes along with being awesome, so we respect their privacy. Want to tell them how good their work is? Write a comment below and leave them some love!
Previous Roux to Host Easter Sunday Brunch Buffet﻿
Next SAWS ANNOUNCES DEPARTURE OF EXECUTIVE DIRECTOR BILL HODGE AT END OF APRIL﻿ 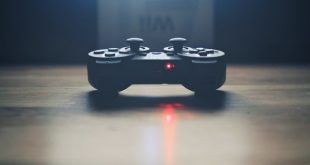