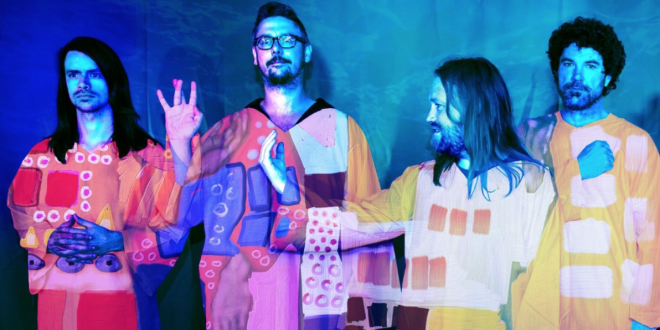 Reed Mathis and Electric Beethoven To Perform At Salvage Station

Asheville’s Salvage Station is proud to announce that Reed Mathis and Electric Beethoven will be performing on Sunday, January 29th. The performance will include Mathis’ recent rearrangement of Beethoven’s Symphonies #3 and #6 with modern-era dance beats and plenty of waypoints for the musicians to jump off into heavy, full-band improvisations. Tickets for the event can be purchased in advance online for $15.00 from https://reedmathisandelectricbeethoven.eventbrite.com or at the door on the day of the event.

When imagining what it would be like to tour these Beethoven masterpieces, consider this: It’s jamtronica with Beethoven — hence, the world’s first CDM (“classical dance music”) band. While the album’s many special guests will show up at various shows along the way, to tour the album for the next two years, Mathis assembled his very own dream team: Jay Lane (Primus, Ratdog) on drums, Todd Stoops (RAQ / Kung Fu) on keyboards, Cochrane McMillan (Tea Leaf Green) on percussion and laptop, and Clay Welch on guitar.

ABOUT SALVAGE STATION
Salvage Station is Asheville’s newest riverfront bar, restaurant, concert hall, and special events venue with the ability to host up to 2,500 guests. From music shows and festivals, to community and private events, the Salvage Station is an excellent place to hang out and have a great experience.

This article was submitted by an awesome reader. We gladly publish user submissions. For more about the author of this particular article, we have inserted the author bio at the bottom of the content when it is provided. Submit your own article by following this link: http://ashevilleblog.com/submit-an-article/
Previous Isis Hosts Grammy Nominee The O’Conner Band
Next Catawba Brewing Releases Small Batch Milk Stout