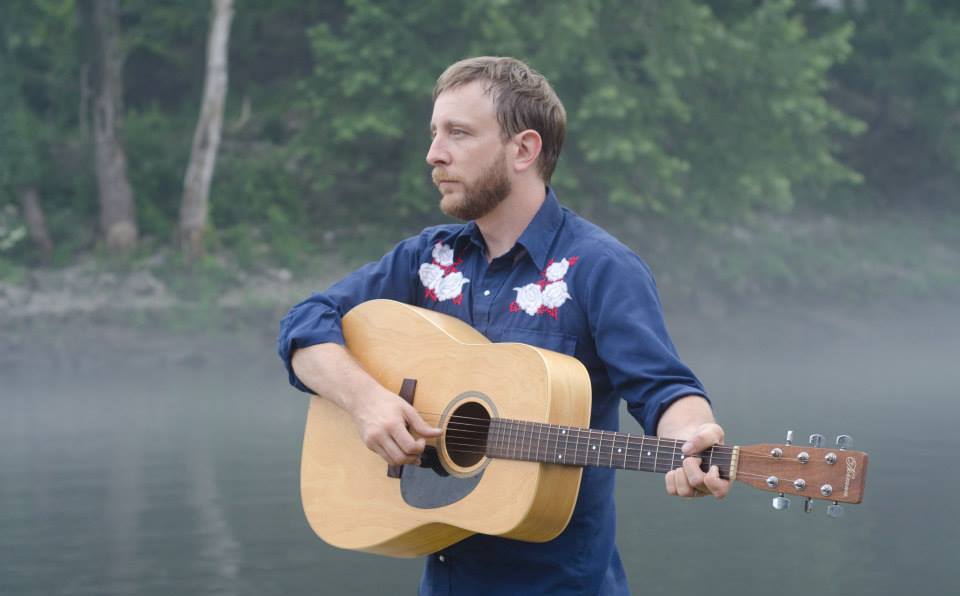 To celebrate, the track is available as a free download: bit.ly/GoodThingsWillCome

“While frontman Nicolas Beaudoing, may not be the household name – well, in some households, at least – as [A.A. Bondy, Anders Parker and Jay Farrar], he’s certainly a talent on par with them.“ –Popmatters

Good things will come – and not a moment too soon. For Nick Beaudoing, the front man of Nashville, Tennessee’s Runner of the Woods, much of 2014 was spent in the shadow of a serious family illness. Between visits to his hometown of Dallas, Texas, he stayed busy in the studio. One night while listening to rough mixes of his work on the drive home, he had a gut feeling that things would somehow work out. “I’ve never had the experience of listening to my own music and being cheered up,” Beaudoing says. “It felt like a pat on the back at just the right time.”

Countrygaze that’s road trip-ready, Runner of the Woods’ debut album, Thirsty Valley, is set for release in January of 2015 on CD and vinyl. With punchy guitars and odes to wide open spaces, the record is dedicated to the proposition that the key to the good life is time spent in the great outdoors.

Beaudoing previously led NYC’s Cajun honky-tonkers, the Doc Marshalls. Over the course of three releases, the band evolved from Bakersfield-style shuffles and Acadian barnburners to jagged, glimmering folk. The pedal steel was still king, but now it blared from a low-watt amp with a brash fuzz tone.

This new direction, combined with his relocation to Nashville, conspired to lead him away from a project he loved, in favor of a less traditional sound. The Doc Marshalls, as a band, had run its course. “If he’s being honest,” says Beaudoing, “even a dyed-in-the wool country singer can’t pretend his record collection is pure.   For every George Jones LP on the shelf, there’s another by Big Star, Phosphorescent, or A.A. Bondy. And that’s a beautiful thing.”

In support of an inaugural run of October dates, Runner of the Woods will be touring behind the single, “Good Things will Come.” For Beaudoing, it was an easy choice. “It was the same tune that gave me a lift when my mother was in the hospital. She has since made a near full recovery.” He and his wife are also expecting a son in November. “Nashville wives will let you tour,” he laughs, “even with a due date on the horizon!” To celebrate the debut track, Runner of the Woods released a music video for the song and is offering it as a free download available at: bit.ly/GoodThingsWillCome.

Joining Beaudoing (vocals, acoustic & electric guitars) in Runner of the Woods are Jonathan Gregg on pedal steel, Joe Giotta on drums and Vanessa McGowan on bass. In a live setting, the band has the country chops to pack the dance hall floor whenever duty calls. A train shuffle beat or Gary Stewart-style weeper is never far away. But they also love it when people lay back and listen.

For more information and to stay up to date on further news from Runner of the Woods, please visit www.runnerofthewoodsmusic.com,twitter.com/RunnerOTheWoods, and facebook.com/runnerofthewoods.

Erin Scholze, owner of Dreamspider Publicity, has long been one of the greatest supporters of the National Festival and Asheville music scenes. Her love of celebration has manifested itself through the work she has done for the community at large for musical clients and events. Based in Asheville, NC, her company raises international awareness of the diverse local, regional and national talent that she represents. Services offered to musicians include album promotion, national publicity for touring bands, regional coverage for local and outside acts, social networking and consultations about the basics of self-promotion.
Previous Last Food Truck Friday of 2014
Next Angela James at The Mothlight 10/26/14