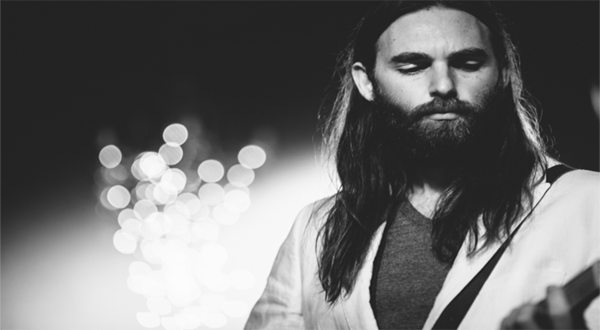 While it bears the sonic landmarks of roots music’s most fertile ground, the songwriting of Sam Lewis is born of a landscape that can only be felt, not seen. His music is native to the infinite expanse that is exposed when human attention is full, and focused inward – harvested solely by the nuanced rhythm of love. Sam’s songs are rooted in the energy that defines this harmonious frontier, the space that unifies the human experience in each of us. It’s the anchored spirit in this incubated territory of soul for which Sam Lewis works to celebrate and elevate with the tones of rock & roll, rhythm & blues and a country-folk muse.

Sam is not the first man to turn over this primal soil, but he is unquestionably here to be the one that keeps sowing the field. Lewis laments, “I flip on a radio or stare at my phone, and I hear some familiar sounds and I see some flashy things being made right now – and that’s cool. But it’s real hard to find something that’s being said beyond what’s superficial. And then go I and spin a record by Lee Dorsey and I feel the world lifted with four words and a funky groove, and then I’ll listen to Pops Staples preaching the most earnest spirit with some shake, swagger and sweat thrown on it – and man there it is, there’s the fresh air, there’s the hope. These are the men that paved the path I want to walk on, the path I want to preserve. Everyone is welcome to walk it with me. I hope they do.”

After spending a nomadic youth from California to the Carolina Blue Ridge, Sam began calling Nashville, TN home in 2008. Since then he’s been joined on his journey by some of music’s most righteous and luminary figures. Most recently (and continuing into Summer 2016), he’s been a tourmate and stage collaborator of Grammy Award Winner, Chris Stapleton. It’s Stapleton who dubbed Lewis “a modern Townes Van Zandt”. Sam’s continued to also be called upon by lyrical forefathers such as John Prine and neighborhood contemporaries like Kacey Musgraves to trade verses and share their inspiration across generational lines.

Over the last four years, Sam Lewis has pressed the first two chapters in his career’s studio anthology with the release of his self-titled debut in 2012 and sophomore release Waiting On You in 2015. As both received critical acclaim, each session grew the legendary family for which Sam has adopted to curate and share his musical innervision with his listeners. Recorded between the storied studio walls of Zac Brown’s Southern Ground Nashville, Waiting On You was produced by roots music cornerstone, Oliver Wood (The Wood Brothers, Tedeschi Trucks Band).

Adjoined by their savant fluency in the soul music lexicon, Lewis and Wood called upon the instrumental palettes of masters including Mickey Raphael (Willie Nelson, Neil Young), Darrell Scott (Robert Plant, Guy Clark), Will Kimbrough (Jimmy Buffett, Rodney Crowell), Gabe Dixon (Paul McCartney) and the McCrary Sisters, all placing their stamp on this enduring expression of uncompromised songwriting. Additionally, the relentless grooves of rhythm section JT Cure and Derek Mixon (Chris Stapleton), accented with the transfixing guitar perfection of Kenny Vaughan (Marty Stuart, Lucinda Williams) have been woven through the fabric of each of Lewis’ studio campaigns.

While continuing connect dots from his experiences to the perceptions of those around him with lyrical acuity, the songs of Sam Lewis remain a perpetual trip. An expedition in the sound of the mind, the sound of heart and the sound nature in which they exist. Sounds that may not have a name, but when it’s all said and done – are one in the same.
More information and further tour dates at www.samlewistunes.com, www.facebook.com/samlewistunes, www.twitter.com/samlewistunes, and www.instagram.com/samlewistunes.

Erin Scholze, owner of Dreamspider Publicity, has long been one of the greatest supporters of the National Festival and Asheville music scenes. Her love of celebration has manifested itself through the work she has done for the community at large for musical clients and events. Based in Asheville, NC, her company raises international awareness of the diverse local, regional and national talent that she represents. Services offered to musicians include album promotion, national publicity for touring bands, regional coverage for local and outside acts, social networking and consultations about the basics of self-promotion.
Previous Sierra Nevada Unveils Two New Products
Next Burger and Brew nights begin at Kitchen 743 at Isis Music Hall