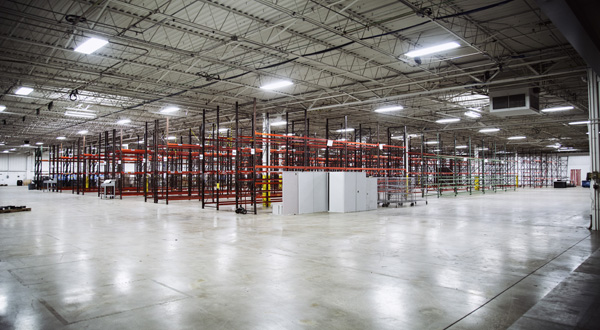 The new site will also house a Wicked Weed training facility dedicated to the education and training of its staff, sales team, retailers, and distributors with administrative offices for the company. Wicked Weed plans to eventually host tours of the facility, but currently there are no immediate plans to open to the public. The brewery expects their current sour, brettanomyces farmhouse, and spontaneous beer production of 4,000 barrels a year to increase and potentially double as they move into this new facility.

“The goal of this expansion is not just to increase our production of these beers. Having more space to focus on process and room to move will help us continue to refine our craft and evolve as a brewery,” explains Walt Dickinson, Owner and Head Blender. “As a brand we felt it was important for us to grow both of our programs in parallel because Wicked Weed is best represented when craft enthusiast can have access to the full scope of beers that we can produce.” In addition to a potential increase in sour and wild beer production the much-needed space will grant Wicked Weed Brewing further experimentation with style and process.

“This winter we have already started experimenting with traditional Lambic-style spontaneous fermentation and Walt and I have talked about several new concepts that we are excited to begin working on,” explains Richard Kilcullen Head of Sour Production. “Having this kind of space opens us up to all kinds of possibilities.”

Renovation of the new facility has begun and Wicked Weed expects to be moving corporate offices to the location as early as July of this year. The brewery hopes to be operational at the new facility by early fall.

“We are so humbled by the support that these styles of beers have received from craft drinkers. We believe strongly that these beers have a big role to play in the growth of craft beer. We hope to be part of that growth, hope to be an ambassador for sour beer and to help create new consumers for our industry,” says Dickinson. “At the end of the day, the most important thing to Wicked Weed is to constantly strive to be better tomorrow than we are today.”