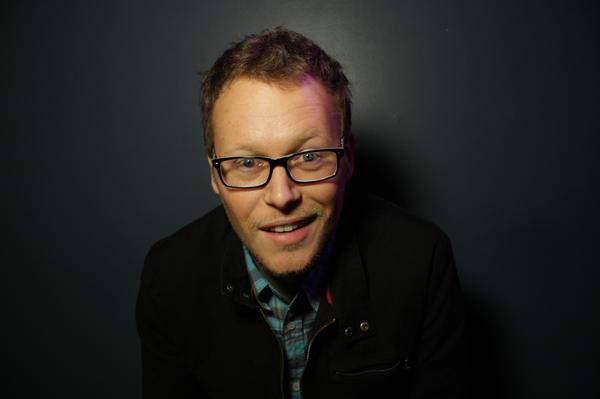 On Friday, March 14th, Asheville welcomes the uproariously funny stand-up Comedian Jarrod Harris in downtown Asheville for Funny Business at The Millroom’s comedy series for shows at 7:00pm and 9:30pm. Jarrod is the former writer for the hit web series ‘Action Figure Therapy,’ and also was the voice of “Jungle” on the series.

Jarrod is best known for his former character work on Action Figure Therapy, lending his voice and writing for the Jungle and Snow characters which were featured in LA Weekly’s “Top Comic To Watch in 2012″ as well as the front page of the Huffington Post Comedy section in 2011.  Jarrod’s stand-up has been seen on TBS’ Lopez Tonight and Comedy Central’s Live at Gotham. Campus Activities Magazine named him as one of the Hot Comics of 2009and Top Comics to Watch in 2010.  In 2009 Jarrod was final 4 at the  San Francisco Comedy Competition and in 2010 was invited back for Detroit Comedy Festival’s “Best of Fest” as well as host of 2010/2011 Laughing Skull Festival.  Most recently Jarrod partnered with comedian and pal Ryan Singer for the making of Organic: A Comedy Tour Documentary which is currently in post-production and set to be released Early 2014. www.jarrodharris.com 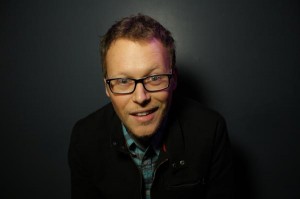 “Jarrod Harris‘ act is an oddly comfortable mix of trailer-park filth, comic angst and hipster irony. While his style may fit into several categories along the comedy spectrum, his clever writing only fits into one: funny.”   Noah Gardenswartz – Creative Loafing.

Special guest for the evening is comedian Carmen Morales. Carmen Morales has developed a captivating style which incorporates quick wit and outlandish characters, taking from family, friends, and even people from the unemployment line. She transforms into these characters seamlessly from her drunk uncle at a wedding, to the government worker not so willing to help. Her set is relatable and exciting to everyone, making her well received to any crowd at any venue. http://www.carmenmorales.com

Host for the evening is Asheville comedian Minori Hinds. Minori Hinds delivers her droll, multicultural goofiness on every kind of stage available. Matching a fondness for the rude and absurd with her irreverent insights, her jokes on topics ranging from drugs to sex, race to politics have delighted audiences all over. Minori has opened for national headliners such as Kyle Kinane, Myq Kaplan, and Rory Scovel, and was voted third best comedian in western North Carolina by the Mountain Xpress readers’ poll in 2012. She hopes people enjoy her in the upcoming years enough to one day afford health insurance.

This article was submitted by an awesome reader. We gladly publish user submissions. For more about the author of this particular article, we have inserted the author bio at the bottom of the content when it is provided. Submit your own article by following this link: http://ashevilleblog.com/submit-an-article/
Previous Learn to make Ukrainian Easter Eggs
Next Dance Your Diaper Off 3