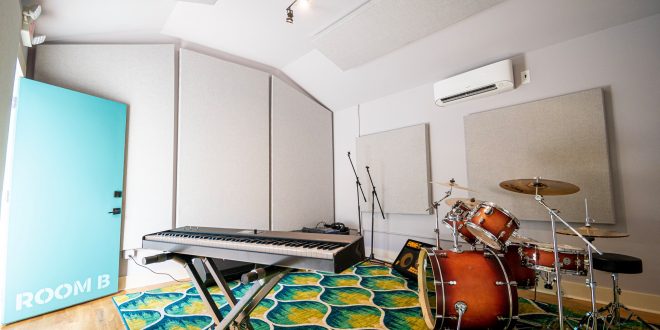 In addition to providing a vital service to Asheville’s rapidly expanding music sector, SoundSpace  @ Rabbit’s will soon boast a series of workshops, events, and programs to foster the arts in underserved communities. Future plans include a livestream series called SoundSpace @ Rabbit’s Live which will feature Afro-centric performances broadcast directly from inside the facility, and a multi-artist mural project that will reinvigorate the building’s exterior. With equity and collaboration at the forefront, co-founders Claude Coleman, Jr. and Brett Spivey — both lifelong musicians and passionate community stakeholders — hope to establish SoundSpace as a longstanding resource that embraces a model of diversity through music, art, food, and collaboration.

This article was brought to you by one of our awesome staff writers. Some of our writers don't want the fame and glory that comes along with being awesome, so we respect their privacy. Want to tell them how good their work is? Write a comment below and leave them some love!
Previous Hi-Wire Brewing Announces January Beer Releases
Next Asheville Independent Restaurant Association seeks support through AIRfriends