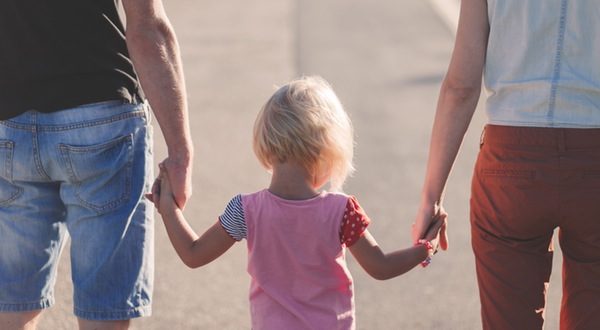 Each year, Big Brothers Big Sisters of America affiliates nominate local mentors to be considered for the Big Brother and Sister of the Year award for their state. A host of criteria are considered in the selection process, including how effective the relationship has been in assisting the child to achieve positive outcomes in the face of obstacles. Each chairperson for each state additionally looks at each “Little” brother or sister’s improvement in social-emotional wellness such as self-confidence and relationships with peers and family as well as how invested and active the nominated “Big” volunteer has been in engaging their community in the mission and work of BBBS.

“In these times—when so many things could divide us—being a Big to Isiah has allowed me diversity in life that I cherish to be a part of.”

As a result of their relationship, Isiah has discovered the opportunity to discover his talent in soccer through enrollment in a local soccer league as well as embracing his capacity for academic achievement.

“I always look forward to spending time with my Big Brother because when I’m with William, we always do something new,” says Isiah.

Experiencing new things and expanding horizons are common benefits reported by both Bigs and Littles as a result of their match, explains Elizabeth Spaulding, BBBS Program Director of Cashiers, who’s been providing match support for NC’s Big Sister of the Year, Lynne Keating, and her “little sister” Sophie.

“Lynne has been a champion for Sophie, encouraging her and nudging her gently to spread her wings and set her sights high. Their relationship has blossomed with time, and through that, Sophie has become a more independent, confident, vocal, and successful young woman,” says Spaulding.

When they were first matched over three years ago, Sophie’s interest in art quickly became clear to Keating, who found an opportunity to nurture that nascent talent with frequent trips to local art center Bascom.

With Keating’s help, Sophie is now enrolled as an art student at a private school in north Georgia, where she is not only developing her artistic talents, but also discovering opportunities for leadership and project collaboration.

“Not only has Lynne helped me immensely these past couple of years, she’s proven to be an amazing friend,” says Biaso, “She’s never spoken to me as if I were a child. She’s always honest and willing to discuss, which is something I greatly appreciate. I think without Lynne I wouldn’t have been pushed to go out of my comfort zone in many situations, and I don’t think I would have progressed this much as a person without her.”

Author Bio
Jordan Foltz is a advocacy writer, traveler, father, mentor and homesteader who lives just north of Asheville, NC.  He spent four years as a contributing writer at Mountain Xpress, covering sustainability, religion and spirituality and currently works both as Communications Coordinator with Big Brothers Big Sisters of WNC and as Program Director for local mentoring and rites of passage organization Journeymen Asheville.

This article was submitted by an awesome reader. We gladly publish user submissions. For more about the author of this particular article, we have inserted the author bio at the bottom of the content when it is provided. Submit your own article by following this link: http://ashevilleblog.com/submit-an-article/
Previous Melvin Seals & JGB Play New Mountain AVL Saint Patricks Day
Next Workers Launch Campaign Petitioning To Keep Tips At US Cellular Center