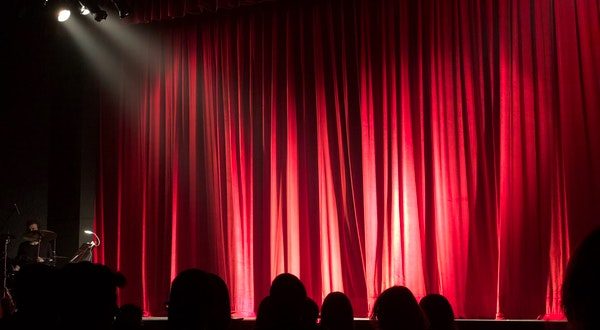 The Magnetic Theatre is thrilled to announce its post-pandemic return to the stage with a half-dozen new theatrical works to fill out the remaining 2021 season. After fourteen months of waiting and planning, the venue delighted audiences with its first indoor production in May, and continues to offer original plays and performances, now with reserved seating and limited capacity. While 2020 pressed pause on so many events and venues, The Magnetic Theatre declares triumphantly, “These Shows WILL Go On!”

Persephone is 29, unemployed, broke, and trying to figure out what to do next. She’s living with her mother, who’s driving her crazy. Enter Hades – the attractive bad boy who might just offer the escape she needs. The question is – what is Persephone willing to give up for her freedom?

Sketches! Or It Didn’t Happen: A TMT Comedy Revue, directed by Tom Chalmers.

It’s been a weird year and half, y’all, and we don’t know about you, but we’re more than ready for a few laughs! Writers Linda Azar, Carmela Caruso, Joe Carroll, Tom Chalmers, Marlene Thompson, and Matt Wilson will take you on a wild ride exploring the ups and downs of the new, new normal.

Dark Horse Presents: in collaboration with TMT, directed by McClain.

The Sparrow and the Whippoorwill: A Bluegrass Musical, by Tom Godleski, directed by Victoria Lamberth.

Paula is at a crossroads, trying to find her way in the world, as she starts her first nursing job in Asheville. She gets assigned to a patient, Cleo Nicholson, who presents her with a very unusual request. Featuring beloved local band Buncombe Turnpike, The Sparrow and The Whippoorwill is sure to delight audiences of all ages.

As “Tori Piper,” Victoria Leigh was the darling of eighties B-horror, the “final girl” in a dozen low-budget slasher films. After starring in the cult classic Sorority Bloodbath, a film plagued by rumors of sinister occurrences on-set, Tori vanished, fueling a subset of fan conspiracy theories. In 1999, Victoria Leigh is planning a quiet New Year’s Eve dinner with her girlfriend, but a string of surprise visitors with suspicious intentions brings unsettling consequences. As the night lengthens and the body count grows, many questions arise. Who is the hunter, and who the prey? What really happened on the set of Sorority Bloodbath? How far will a final girl go to survive?

Grace, an astronomer with a Ph.D. in astrophysics, is reeling from the death of her daughter, Abigail. When Abigail appears to Grace and begins to make predictions about events in the cosmos, Grace must choose between her memories and her sanity.

Find more information about The Magnetic Theatre, upcoming shows and events, and how to purchase tickets or become a supporting member of Asheville’s only theatre focused on the production of new works, by visiting www.themagnetictheatre.org.

This article was brought to you by one of our awesome staff writers. Some of our writers don't want the fame and glory that comes along with being awesome, so we respect their privacy. Want to tell them how good their work is? Write a comment below and leave them some love!
Previous Citizen Vinyl & Session Café to Extend Hours this Week
Next Brews and Bears at the WNC Nature Center is Back Just in Time for Summer