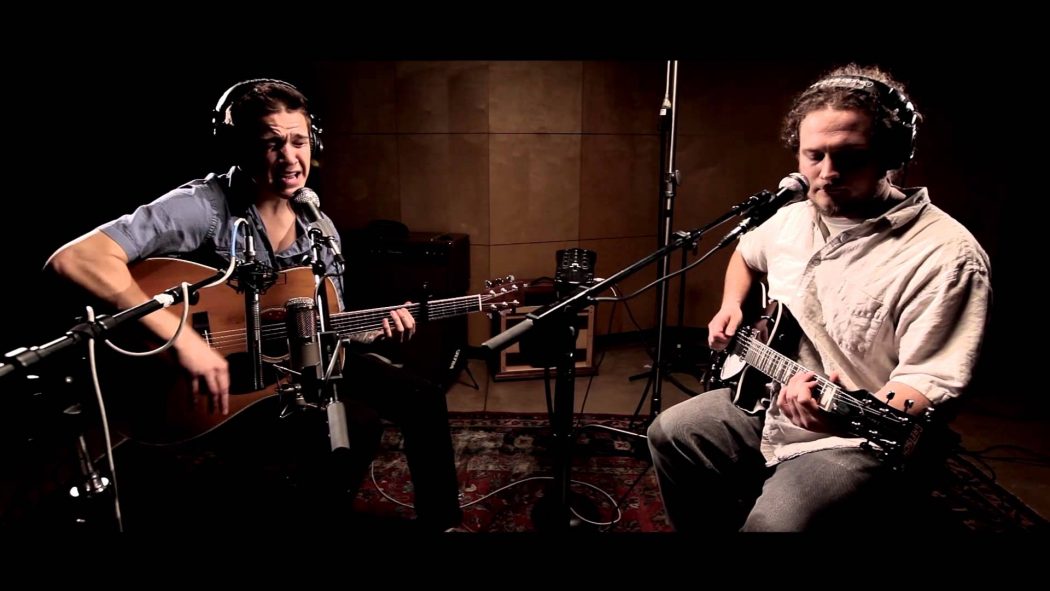 Zack and Sam are two brothers are reunited after years of geographical separation by a resonant collaboration in music, forming The Dupont Brothers. Blending the contemplative winters of the northeast with the solitary beauty of south western desert, the Burlington, Vermont based indie-folk duo has truly honed in on their kindred songwriting synergy.

Lush finger-style guitar work is complimented by elegant prose and a vocal blend that could only be matched by blood relation. This powerful duo is not from Asheville, but has toured through Asheville about four times now and has this to say about our fair city: “It’s always a home away from home. Being based in Burlington, we seem to find our stride very easily in Asheville. It’s a very compatible city with like minded people. Just a gem of a spot that we always look forward to hitting when we head south.”

This relatively young duo is marking their second musical anniversary with a CD release party at Altamont Theatre here in Asheville March 11th. Their first full length album, Heavy as Lead, was released February 17th of this year.

Who: The Dupont Brothers

Check out a live studio version of one of their songs called My Friend, for a sneak peek of what the show tonight will be like

This article was brought to you by one of our awesome staff writers. Some of our writers don't want the fame and glory that comes along with being awesome, so we respect their privacy. Want to tell them how good their work is? Write a comment below and leave them some love!
Previous Local Flavor AVL Benefit Concert for Food Connection at the Altamont Theatre
Next Biltmore Property Group Opens New Retail Location