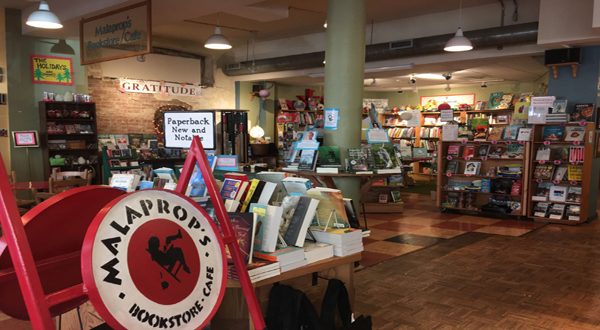 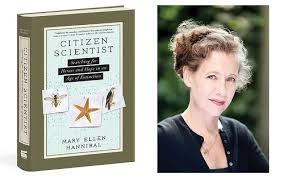 Citizen Scientist is Hannibal’s story of the flourishing community of volunteers who help conserve nature. Alongside this heroic cast of fellow “citizen scientists” Hannibal wades into tide pools, follows hawks, and scours mountains to collect data on threatened species, and finds the makings of what may be our last, best, hope in slowing an unprecedented mass extinction.

With rates of extinction accelerating, ordinary people are increasingly taking part in extraordinary scientific efforts. Hannibal traces today’s tech-enabled citizen science movement to its roots: the centuries-long tradition of amateur observation by writers and naturalists; then with an abiding zeal for protecting the planet, she turns her gaze to the wealth of species left to fight for.

“Mary Ellen Hannibal is a thoughtful and engaging voice in the citizen science movement and her book is both timely and relevant for our region,” said Melanie McNair, Malaprop’s Director of Marketing and Author Events. “We’re excited to have her here, and to complement her appearance with one of our local authorities on environmental issues, Warren Wilson’s Mallory McDuff.”

A veteran journalist, Hannibal has stated: “I consider it my job to understand the science, then translate it for more general readers. This frequently involves contextualizing science within a framework of art and literature.” Hannibal’s previous books include The Spine of the Continent, described as “the biography of a big conservation idea,” and Evidence of Evolution, a collaboration with the photographer Susan Middleton that has been described as “a natural history museum between two covers.”