Home » Beer » A Taste of the 9th Annual Winter Warmer 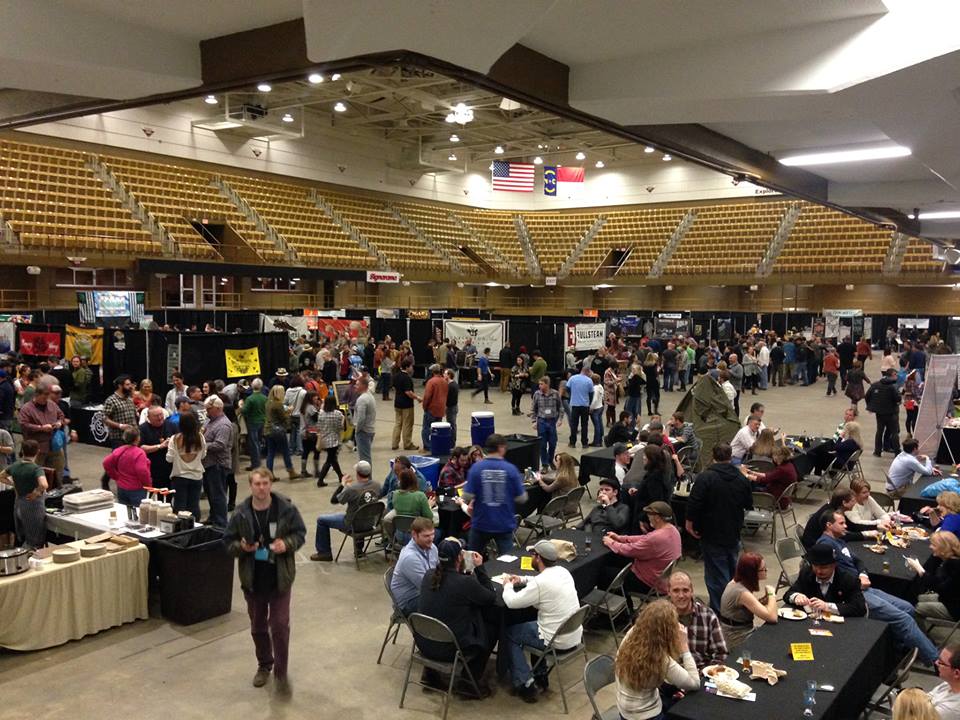 A Taste of the 9th Annual Winter Warmer

The US Cellular Center in downtown Asheville hosted the 9th Annual Winter Warmer Beer Festival this past Saturday.  Many of the region’s finest breweries were in attendance as well as booths for local food and other organizations, including the event’s main sponsor, MountainTrue.

The event was originally slotted for January 23rd, but was rescheduled due to Winter Storm Jonas.  Though there were a couple of breweries absent, there were plenty of delicious brews available from over two dozen breweries in the Southeast.

This year, guests were lucky enough to have Tröegs Independent Brewing as the “Guest Brewery,” a featured booth hosted by a brewery that is outside of our distribution area.  Tröegs brought kegs of their well known Mad Elf and Tröegenator Dopplebock, as well as the less available Scratch 212 Chocolate Stout, which kept the line long for this booth all day.

While the booths for Sierra Nevada, New Belgium, Sweetwater, and Oskar Blues had impressive offerings, the small breweries stole the show.  While it was very hard to narrow down, here was a few of our favorites throughout the day, in no particular order:

There were also a few barley-free options at the 2016 Winter Warmer as well with Bold Rock and Urban Orchard offering pours of cider.  Bee & Bramble also treated us to samples of their Blackberry Ginger Melomel and Carolina Cyser, which were a great change of pace between all of the great beers.

A delicious spread, suitable for both carnivores and vegetarians, was also offered by Corner Kitchen and Chestnut, and a pair of live bands took turns entertaining us throughout the day for a very enjoyable (and warm) beer festival.

Since moving from Virginia in early 2014, mainly for the craft beer and the live music, I’ve been involved in following both very actively. My herbalist girlfriend and I also enjoy getting out in nature with our dog, wildcrafting the edible and medicinal flora and taking in the beautiful scenery. My past experience in graphic design and working with signs landed me my first job in Asheville, where I was fortunate to meet a lot of up-and-coming as well as long established local business people. Now I am a salesman for Arcdyn Inc., a local wholesale security camera distributor, while writing about beer and music as a hobby. I am also very excited to be a part of the Asheville Blog team!
Previous Clean Energy Asheville: A Report from Mayor Manheimer – Sunday, March 13
Next ProSource Plumbing Supply Opens Luxury Asheville Showroom