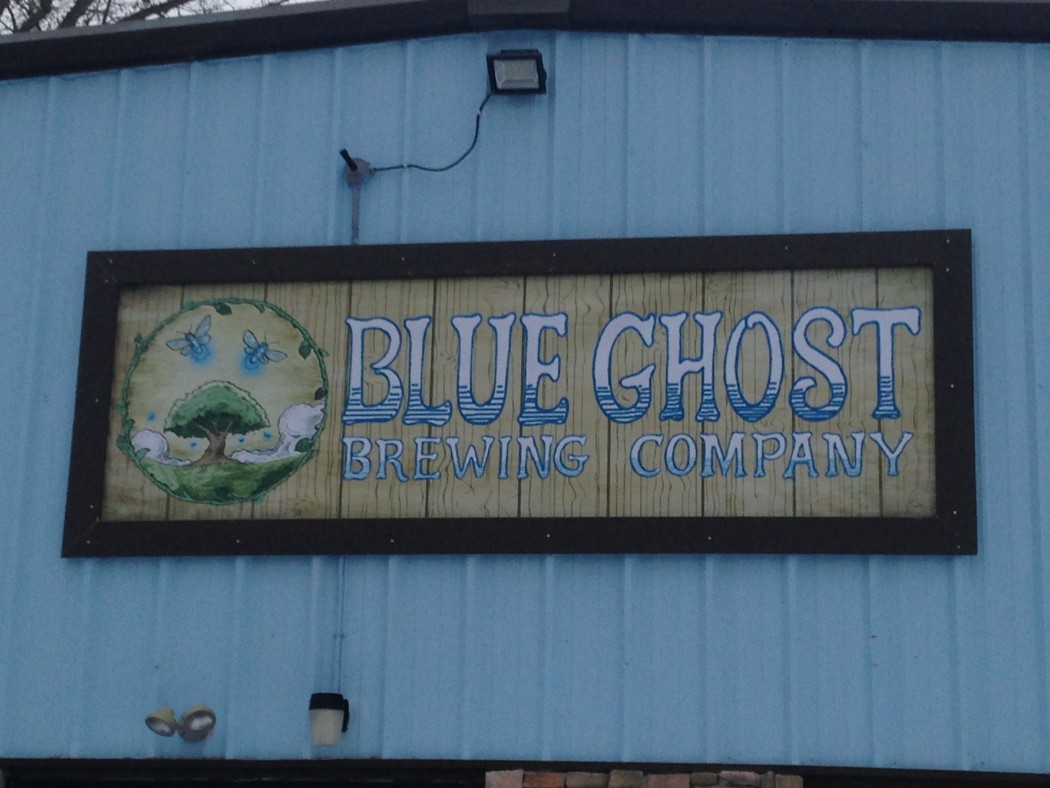 Going to a brewery in downtown Asheville on a weekend can be a little bit hectic sometimes.  Thankfully, the local craft beer scene has been expanding into the outlying towns.  In just a few weeks we’ll be able to sample craft beer made in Fletcher, about 15 minutes south of Asheville.

Blue Ghost Brewing Company’s 1.5 barrel system is all in place, their TTB permits should be complete this week, and founder Erik Weber is expecting that they will be open and serving their first batches between February 21st and 29th.  Weber hopes to become a staple stop between Asheville and Hendersonville, located near the Asheville Regional Airport, the sprawling area of hotels, and several large residential neighborhoods.

Blue Ghost is named after the phenomenon that occurs for a very brief time every year where thousands of phausis reticulata fireflies illuminate the forests of Western NC.  It’s a fleeting event that invokes nostalgic memories of simpler times with family and warm weather.  A very stoic, century old Oak tree shades the large outdoor area that will host a series of events, including Yoga, live music on their indoor stage, a children’s farmer’s market, and other family friendly activities.

There is plenty of room for expansion both inside and out, Blue Ghost will eventually try to utilize all of it to create a 10-Barrel farmhouse brewery with an even larger outdoor area.  Weber says they eventually plan to serve food as well, hoping to give residents and visitors a more local option in an area filled with chain restaurants.

Weber previously worked for Oskar Blues, where he gained plenty of valuable experience brewing on a large commercial system.  After that, he moved to teaching at Blue Ridge Community College’s Craft Beer Academy.  However, Weber set the intention of opening his own brewery years ago.  He of course gained valuable knowledge for brewing on a larger system, but is looking forward to being able to create his own uniquely crafted recipes.

Check out Blue Ghost Brewing Company’s Facebook page and their WordPress for updates and insight on what it has taken them to get to this point!

Since moving from Virginia in early 2014, mainly for the craft beer and the live music, I’ve been involved in following both very actively. My herbalist girlfriend and I also enjoy getting out in nature with our dog, wildcrafting the edible and medicinal flora and taking in the beautiful scenery. My past experience in graphic design and working with signs landed me my first job in Asheville, where I was fortunate to meet a lot of up-and-coming as well as long established local business people. Now I am a salesman for Arcdyn Inc., a local wholesale security camera distributor, while writing about beer and music as a hobby. I am also very excited to be a part of the Asheville Blog team!
Previous Vanessa Carlton To Travel A Thousand Miles To Serenade Asheville Crowd
Next New Belgium Brewing Taps Craft Malters for RyePA Revival