Home » Food » Day 17: I traded in being “hip” for a classic American morning. 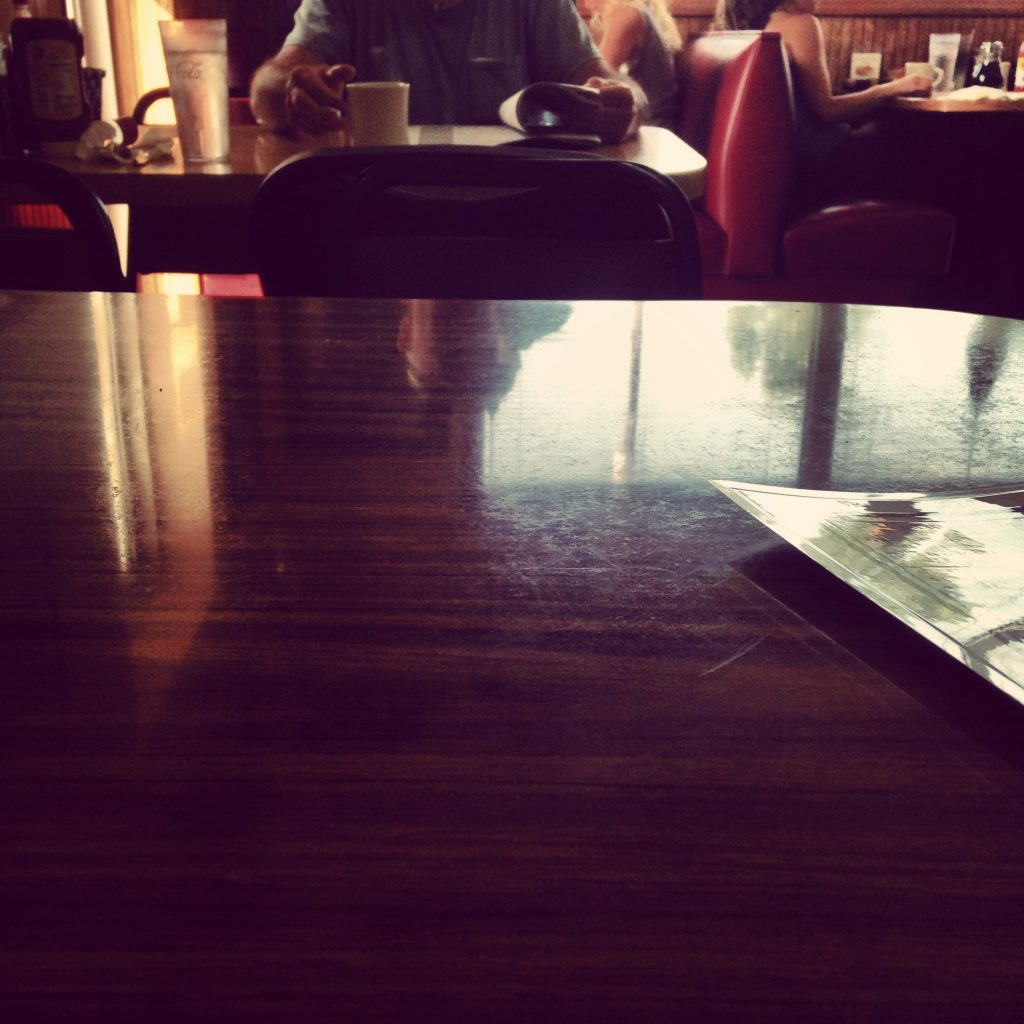 Day 17: I traded in being “hip” for a classic American morning.

sometimes you just gotta get back to basics. so i did something completely different for my 40 days of fika visit today. i left the hip, industrial cafes behind and decided to hang out at a typical american diner. you know a greasy, breakfast all day, sit at the counter, casual, regular folk kind of place.

you see, when i made my original list of cafes & coffeehouses to visit, i included a diner, because of the coffee… it is a staple of all diners. i know you’ve seen it on tv. or you’ve been to a diner yourself. you know the scene: people sitting in booths and at the counter. ordering hot coffee from the waitresses. eating hamburgers and fries, or eggs and bacon.

well, that’s exactly what i wanted to experience – even though i’ve been to tons of diners before in my life. so, i chose a local diner, one i had never been to, and not a chain diner, mind you, and parked myself there for a couple of hours to soak it all up.

just north of downtown, only a few short blocks, in fact you can still see the buildings, is five points restaurant. my diner and cafe of choice for the day. it’s called five points because it is located on the corner of an intersection where five streets meet. it’s also just down from the hip coffeehouse, high five that i visited a few weeks ago.

i parked my car among the random array of models and hung around outside for a while, snapping photos, greeting customers on their way in or out. all of them were friendly, even if i looked like a weirdo taking photos from strange angles and such. from what i could tell, this was going to be a fun time in the diner, based on the many different kinds of people entering and leaving.

i couldn’t wait any longer. i opened the glass door, heard a little bell ding, and was greeted by a woman behind the counter saying hello and offering me to take a seat wherever i liked. the counter stretched out in front of me and to the right, men dotted the stools. i considered joining them, but then my back would be to the rest of the diner. so, i turned right and walked toward the far end of the diner, the counter on my right and the booths by the windows to my left. it was full. but, i snagged a little place at the very end and sat so i could face the whole place. awesome.

a sweet lady came by and asked asked me what i wanted to drink. coffee, i replied. and in a minute i had a piping hot cup in front of me. i knew i’d be ordering some home fried potatoes, so i went ahead and told her when she brought my coffee. then i pulled out my camera and began to wonder how in the world i would take a bunch of photos without looking creepy. there was a middle-aged man at the table directly in front of me, and we were basically looking directly at each other. so, i decided to write instead. he read the paper. i wrote in my journal.

the diner was noisy and busy. the waitresses were yelling at the cooks (to tell the orders), people were chatting and talking, food was sizzling on the griddle. but, it wasn’t annoying… it was life. it was clean, but no where near modern. still, it was exactly as it should have been. and it was functional.

and there were all kinds of people. business men stopping for a cup of coffee and a burger . hippie 20 somethings who walked in without shoes. an african american woman, all gussied up with about 20 bangle bracelets, rainbow eyeshadow, and fancy clothes. a hispanic motorcyclist. two mom meeting for coffee. constructions workers. of course, there were regulars. usually they are older people, and it was no different here.

a sweet little man entered the door in front of me, and just stood there. soon i realized that he was holding the door open for his wife. they finally made it in the door, literally after about 5 minutes. i had never seen a woman move so slowly. i watched intensely, but i never saw her really move, even though she did move across the floor. she held only a cane in her left hand, and her husband held on the her right arm. it was so touching, watching his patience, watching them both take about 10 minutes to get from the door to a seated position. i was amazed that they even left the house if it was this much of a process to do anything. when the woman finally sat in her seat, the husband then lifted her and scooted her in.  by now, tears were streaming down my face.

the thing about diners is the people. it’s not about the coffee. it’s certainly not gourmet. and it’s not about the food, which is most likely not organic and local, an definitely not healthy. but, it’s a community. whether you are simply passing by or an everyday regular… you belong. everyone belongs.

whenever you just need a pick-me-up moment, or some time to ground yourself in a dose of reality around real people, and, of course, to eat some yummy food, find a diner near you. and give me a call. i’ll be sure to join you.

Previous Day 16: Chocolate heaven, baby.
Next Day 18: I just had to listen to the Beatles as I wrote this.