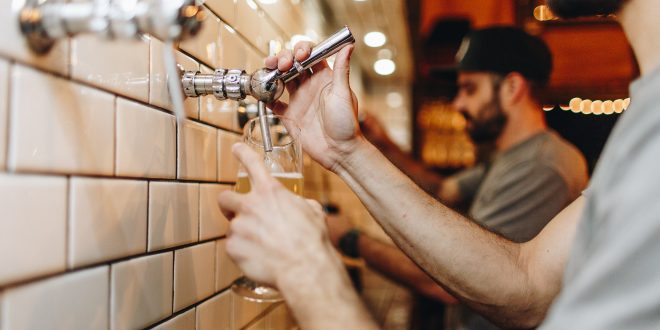 Is Falling Interest Rates And A Weaker Dollar A Good Thing for Asheville Brewers?

There have been signs recently that the dollar’s gains might be ending alongside interest rate increases slowing down. Will this affect the strong brewing industry in Asheville and can the owners of the many craft beer breweries located in North Carolina take advantage of the current economic conditions? 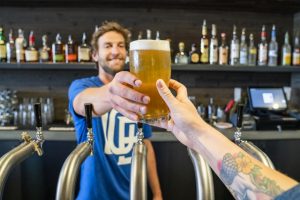 The dollar recently dropped from its 52 week high as the Federal Reserve finally indicated it might tighten up is own monetary policy. There is hope that this might mean interest rates will not see the three or four rate hikes in 2019 it experienced during 2018. This was all but confirmed by Fed Chairman Jerome Powell who stated that the benchmark interest rate was just below the neutral level, which broadly means that it would likely not encourage higher interest rates, nor seek to lower them either. This news alone was good enough to send a small spike into the stock market but tempered by escalating trade tensions with Canada, China and the EU as well as estimates from the Organization for Economic Cooperation that sees global growth slowing from 3.7 percent in 2018 to 3.5 percent in 2019.

According to the Brewers Association, the craft beer industry contributed to over $26 billion of sales in 2017 and provided jobs to over 135,000 people. It grew eight percent on the previous year, while the total beer market growth has dropped by one percent. Asheville in particular, with over 25 breweries in its immediate area, has benefitted more than others in this industry – in fact it has become a kind of bucket-list destination for lovers of craft beer. Local breweries like Hi-Wire, Twin Leaf and Highland Brewing have all continued to roll out new craft beers, open taprooms, rooftop bars and expand further and wider.

With higher interest rates comes more expensive borrowing, which stunts small business ability to grow and expand, so a slowdown or a drop (unlikely) in interest rates can only help individual brewers’ growth and development plans. However, with a weaker dollar, it also allows breweries to initiate and expand their export markets. Expanding exports will be countered by the value of the dollar and, last year, craft beer exports reached over $125 million dollars,

The relative strength of the dollar is essential for growth

The role of the dollar in global economics is a major feature on the speculation of global financial markets. So far, the dollar has been the rock behind which other world currencies have clung to. It remains the most popular trading currency for traders and brokers making financial trades in a highly regulated area. The USA has strict laws for anyone looking to trade the US dollar including anti-hedging measures ensuring brokers don’t have the leverage to destabilize a currency. However, while the economics of the Fed continue to offer an ideal environment and as tensions in Europe concerning the EU, Brexit and financial stability of the euro continue, the dollar continues to gain against nearly all other currencies.

However, for exports to be successful, the US dollar will need to weaken. So far, one of the main reasons for the strength of the dollar comes because global growth is slowing and because interest rates have been steadily rising. If there are fewer interest rate hikes in 2019, and an end to the dollar’s advance, indicated by a fall in US yields which has bitten into the yield differential advantage the dollar had gained in 2018, then exporting becomes a more viable opportunity.

Taking all this into consideration, brewery industry figures all confirm that the craft beer market is bucking the trend of beer consumption generally, and there is a similar pattern around the world. The predicted economic conditions for brewers in Asheville look promising to signal a time of growth and expansion (or consolidation)  through developing export markets or greater saturation of the American market.

This article was submitted by an awesome reader. We gladly publish user submissions. For more about the author of this particular article, we have inserted the author bio at the bottom of the content when it is provided. Submit your own article by following this link: http://ashevilleblog.com/submit-an-article/
Previous Getting Ready for a Poker Tournament at Harrah’s Cherokee Casino
Next Beloved Cat Shot by Hunter’s Arrow in Henderson County

Reasons to Invest in Quality Products for your Outdoor Activities

The Best Ways to Stay on Top of Your Dental Health