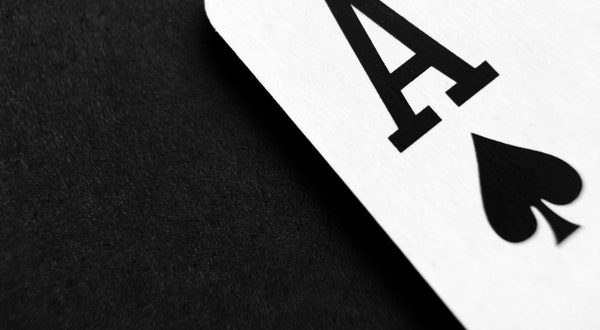 Getting Ready for a Poker Tournament at Harrah’s Cherokee Casino

In 1997, Cherokee in North Carolina became a fully-fledged tourist destination following the opening of Harrah’s Cherokee Casino. Just a short and a rather scenic drive from Asheville, the small town and its casino is owned by the Eastern Band of Cherokee Indians and operated by gigantic casino corporation Caesars Entertainment. When it opened its doors to the people of North Carolina, the casino floor only featured video poker machines, but it has since developed into a full gaming offering, which includes poker tournaments. Harrah’s Cherokee Casino boasts 20 tables in its poker room, with live games occurring regularly and live tournaments scheduled to take place most months.

Despite not being in a ‘poker boom’ anymore, poker is still wildly popular, with attendance at live poker tournaments on the up. The psychological side of playing poker like Omaha or Texas hold’em against other people at a live table adds a new level to the game which is bringing in huge crowds for poker tournaments. One which stands out as a steely test of nerves and skill is deep stack games. While most forms of poker at tournaments can take over an hour to complete, deep stack games draw the poker action for longer, pushing players into realms of competition that they may not be familiar with, allowing more of the deeply satisfying deep stack play. So, how can you prepare for this ultimate form of poker tournament when it comes around at Harrah’s Cherokee Casino?

What is a deep stack tournament?

Deep stack isn’t some new way to play poker like Texas hold’em, Omaha hi/lo, or five card stud which you’d need to learn all of the rules for; deep stack poker simply involves each player having far more chips at the start of the game than usual. Typically, cash game players will have around 100 big blinds-worth of chips with tournaments involving play with between 20 to 50 big blinds, but in deep stack tournaments, players will have around 5000 or more chips and see blinds escalate at a much slower rate. It may seem like a simple twist, but these deep stack poker tournaments involve a different sense of strategic nuance as well as the need to stay focused throughout. Due to the number of chips, being at a table of good or better deep stack players will usually allow you more time to flex your live poker skills, being able to assess opponents and deploy different poker strategies throughout the game.

If you the basic knowledge and skill set for the game of poker, you can certainly try your luck in a deep stack poker game or tournament. However, while some basic strategies will help, players of more experience and superior knowledge of poker strategies will find you out and target your stacks. Beginners tend to make very similar mistakes, making them easier to identify and expose. As deep stack games focus on the longevity of play, building into the game, and pouncing when weakness presents itself, as soon as a player’s stack begins to shrink, the leverage shift will be used to the advantage of more experienced players. Even in the regular form of tournament poker games, small stacks lack leverage – it’s just that in deep stack games, it can be more difficult for undisciplined players not to get drawn into big pots on weaker hands to recover their losses.

This is a video from Daniel Negreanu, who has won six World Series of Poker bracelets from 1998 to 2013 as well as a 2016 World Championship of Online Poker title. The poker expert details two beginner tips and a more advanced tip for playing with a big stack of chips which can come in handy at any stage of a poker game should you find yourself on top.

With the game involving many more chips and tending to attract more experienced players, some will see a negative of deep stack poker to be that tournaments are rather lengthy affairs. They take much longer to complete than other more traditional poker tournaments, requiring players to be on top of their game throughout if they wish to come out on top. Players who come out on top tend to be those with a large repertoire of strategies in the bank as well as a good level of skill to overcome their foes. As it’s a slower game, better players are less likely to be caught out by the odd big bet, lucky hand. These can be deemed as cons, but for many poker enthusiasts, this merely adds to the competition and excitement. Because players all start deep stacked, luck and variance play a smaller role in the tournaments, allowing you to test new plays, to develop your skills, and push your poker skills to the limit.

This is a video from Alec Torelli, who has won over $1.5 million in poker tournament winnings which includes four money finishes at the World Series of Poker, three on the World Poker Tour, and another two on the European Poker Tour. Above, he discusses the strategy deployed by a player in a deep stack tournament and the reasons why it was a good play.

How to train for deep stack poker tournaments

Jumping straight into a deep stack poker tournament without experience in some relevant forms of poker play isn’t advised due to the level of skill that you can expect to arrive at the table. If you are a regular in cash games, where chips represent actual sums of money as opposed to tournament chips which mean nothing outside of the tournament and have become a decent player, the chances are that you have a good set of skills that can be applied to deep stack poker tournaments. Due to the more conservative and strategic style of play from cash game poker players, you will have developed experience in the deep stack style of play. So, if you haven’t played many cash games, they’re the way to go if you want to adapt your style of play to do well in a deep stack tournament. Doing this will also improve your overall poker skill and knowledge, which is ultimately what tends to conquer deep stack poker.

Winning a deep stack poker tournament proves your skill in the card game, showing that you not only have a great knowledge of the game but that you also have the psychological and strategic skill to outlast and defeat fellow skillful players. Be sure to prepare yourself for this ultimate form of poker.

This article was submitted by an awesome reader. We gladly publish user submissions. For more about the author of this particular article, we have inserted the author bio at the bottom of the content when it is provided. Submit your own article by following this link: http://ashevilleblog.com/submit-an-article/
Previous Asheville River Arts District February Second Saturday February 12th, 2019
Next Falling Interest Rates Good for Asheville Brewers?

Reasons to Invest in Quality Products for your Outdoor Activities

The Best Ways to Stay on Top of Your Dental Health