Press Release from Jazz is Phsh

Jazz Is PHSH is kicking off their upcoming tour at Asheville Music Hall on March 22. An impressive musical experience, this all star collective of musicians reimagine the music of Phish in a way that is inspiring and intriguing to both Phish fans and non Phish fans.

The highly acclaimed jazz fusion group is the brain child of drummer and band leader, Adam Chase (The Chase Brothers).  With the help of musicians that have ranged from the great Dennis Chambers and Jeff Coffin of Dave Matthews Band and The Flecktones to the late, great Kofi Burbridge of Tedeschi Trucks Band and Sun Ra’s Michael Ray, Chase has built a collective of musicians that have shined a light to jazz fans just how deep Phish’s compositions are while showing Phish fans just how much can be done with their favorite songs.

The way the band reinterprets the music makes it so you don’t have to know Phish to enjoy the music.  If you are a Phish fan, you will get the extra treat of enjoying the familiar melodies while trying to figure out which song the band is performing as Jazz Is PHSH really gets creative in how they rearrange the songs.

In addition to creating original compositions to support the unique and playful melodies of Phish, the band often mashes together Phish songs with the work of legendary jazz musicians like Miles Davis, Herbie Hancock, Charles Mingus and Wayne Shorter.  The blended of songs helps shine a light on just how steeped in jazz the music of Phish actually is, while creating a blend of music that will inspire musicians, jazz lovers and Phish fans alike.

For their spring tour presented by Instrument Find, Jazz Is Phsh will feature a rotating cast of musicians that range from the 3x Grammy Winning Saxophonist, Chris Bullock of Snarky Puppy, to the teenage piano prodigy from France, DOMi Degalle who has only been in the states for a few years and has already been collaborating with Thundercat, MonoNeon, the late Mac Miller, Ghost Note, legendary drummer Mike Mitchell and so many others.

So whether you just want to see amazing music performed by amazing musicians or you are a Phish fan that needs a Phix before the next Phish tour, grab your tickets at www.jazzisphish.com and treat yourself to an evening of inspiring musicianship and beloved melodies.

Chris Bullock is the 3x Grammy Winning saxophonist from the legendary jazz fusion group, Snarky Puppy.  Chris has earned notoriety around the world for his masterful musicianship on a range of brass and woodwind instruments.  On the most recent Phish album, “Big Boat”, Bullock was tapped by Trey Anastasio to record woodwinds and flutes on the celebrated Phish composition, “Petrichor”

Bullock has traveled the world performing and has collaborated with legendary musicians like David Crosby, Lalah Hathaway and Michael McDonald and has been the favorite saxophonist featured on all star collaborations with musicians like Jennifer Hartswick, Nikki Glaspie and many others.

Cody Wright has made an impressive career for himself as one of the most famed bass players in the world, with the unconventional pick bass technique that has given him a high flying and highly impressive style that has made Wright a viral sensation online and a show stopper on stage.  Recently Cody has been making appearances alongside the great MonoNeon with special performances with Ghost Note and Jonathan Scales Fourchestra.  Cody as performs with the legendary Eric Gales and regularly collaborates with Jazz Is Dead, Aquarium Rescue Unit and John McLaughlin drummer, Jeff Sipe.  Recently Cody composed the funky sound track for the game “ToeJam & Earl” which is available online and on CD and Vinyl.  You can also read up more on Cody Wright on his cover feature of “Bass Musician Magazine”

Adam Dotson is an original member of the indie-jazz rock band, Rubblebucket and a gifted instrumentalist that is now the songwriter and bandleader of #1 Kidboy.  Dotsons’ huge sound and dynamic approach to playing the trombone has led him to performances with Fred Wesley, Felix Pastorius, Aron Magner, Antwaun Stanley and many others.  In New York City, Dotson can be seen with the internationally famed Slavic Soul Party.

Jamar Woods is the electrifying and eccentric front man and keyboardist for the soul/jazz/funk band, The Fritz.  With a background in classical piano and composition and a focused study of jazz, Jamar has become of the most respected keyboardists in the jam and jazz scenes.  His work has led him to share the stage with musicians like Isaiah Sharkey of John Mayer Band, Michael Ray of Kool & The Gang, and many others.  Jamar recently released an album with The Fritz that features Natalie Cressman of Trey Anastasio Band and Chris Bullock and Justin Stanton of Snarky Puppy.

Lee Barbour is a jazz guitarist and producer who has worked as an educator at The New York City Guitar School and as a professor of jazz guitar at College of Charleston in Charleston, SC. As a performer, Barbour has worked with legendary musicians from Joe Beck to Fred Wesley. Barbour’s work with Jazz Is Dead drummer Jeff Sipe and Tedeschi Trucks Band’s Kebbi Williams is an impressive look into his versatile and creative approach to the guitar.

30 THE MOUSETRAP – INDIANAPOLIS IN

4 CERVANTES OTHER SIDE – DENVER CO

This article was brought to you by one of our awesome staff writers. Some of our writers don't want the fame and glory that comes along with being awesome, so we respect their privacy. Want to tell them how good their work is? Write a comment below and leave them some love!
Previous Earth Day Kid’s Festival
Next WNC Early Childhood Workshop will feature NCDHHS Secretary and Sesame Street 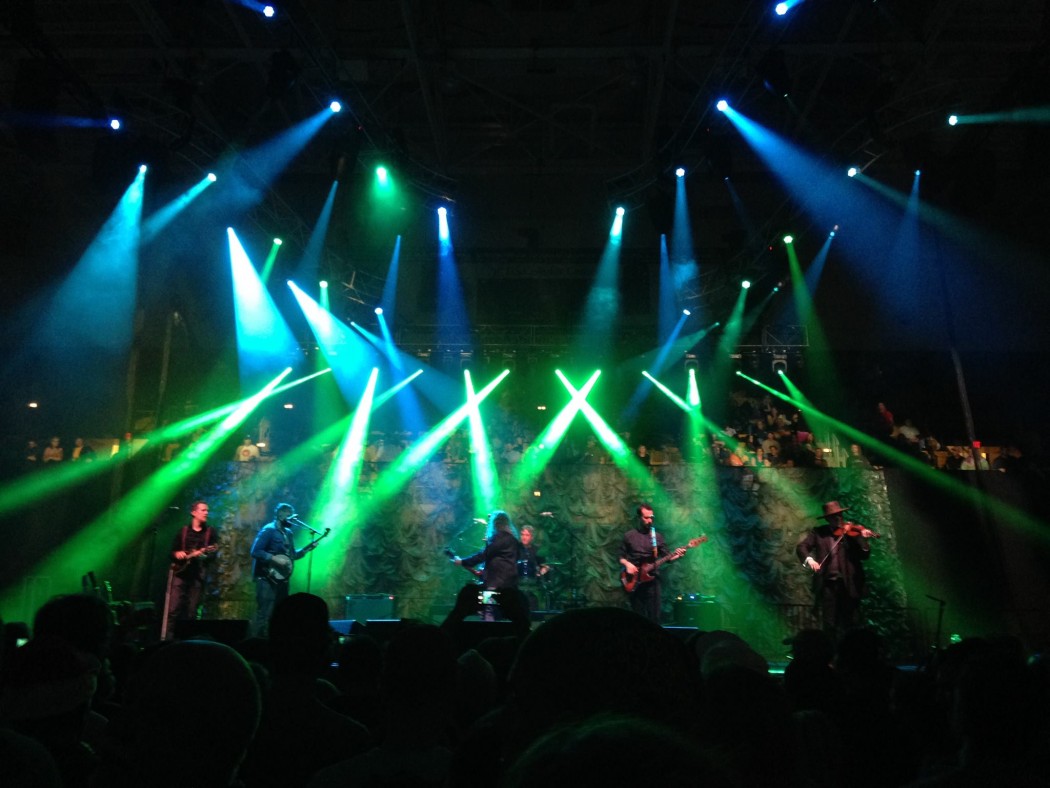