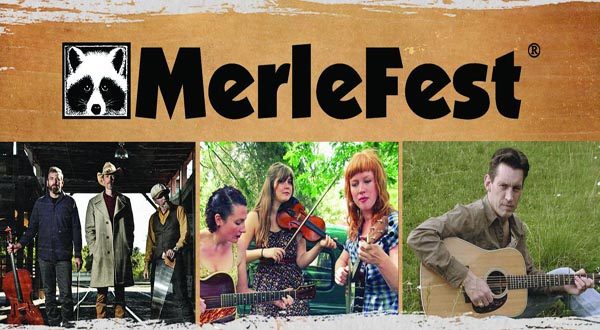 Celebrating their 30th anniversary, MerleFest takes the show on the road.

“It’s truly a mosaic of what is going to be happening at MerleFest,” said Steve Johnson, Merlefest’s Artist Relations Manager. “We hope that people will come out, support the artists and get a glimpse of MerleFest 2017, just on a smaller scale.”

This year will be truly special as MerleFest, the popular Americana music festival founded by the legendary musician Doc Watson, celebrates its 30th anniversary.

“We have a lot of special things planned, so MerleFest on the Road is just another way for us to keep the celebration going,” Johnson said.

This year’s cast of artists selected for the “roadtrip” are among the top breakout Americana and bluegrass musicians in the business.

Mark Bumgarner, blends roots country, bluegrass and rockin’ hillbilly blues to create a true Southern Americana sound. With a rotating instrumentation of fiddles, open-back banjos, and acoustic guitars, chart-toppers Locust Honey, bring their lively arrangements to the stage. Rounding out the evening, Jonathan Byrd and the Pickup Cowboy bring to the stage hell-raising sing-alongs and heartbreaking ballads to entertain and excite.

“A lot of spontaneity and jams will happen between the three artists,” Johnson said. “It will be in the true to the spirit of MerleFest.”

While the show at Isis Music Hall will be among at least eight stops on the multi-state tour, Johnson said this show is near and dear to him, and the artists.

“A lot of the artists that play at MerleFest on the Road this year have a history with Isis Music Hall, either through their jams on Tuesday night or as featured artists,” Johnson said. “I think there is a connection there between the venue and MerleFest. Doc Watson always had an appreciation for bluegrass – he was always trying to showcase new bands on the rise and a lot of them were bluegrass.”

That special connection and appreciation is felt throughout Isis Music Hall as well.

“Bluegrass and Americana music has always held a special place in our hearts – it was music that inspired us to pursue opening the venue,” said Lillianna Woody, who co-owns Isis Music Hall with her husband Scott and their children Josephine, Harris and Martin. “MerleFest has helped music lovers, venues, and musicians come together to showcase their unique sound and style. We are honored to host MerleFest on the Road this year and look forward to an amazing night of music.”

For info on Merlefest on the Road and to pick up your tickets for the Isis Music Hall show, visit isisasheville.com or MerleFest.com. Tickets are $15 in advance/ $18 at the doors. Doors open at 5 p.m., show starts at 7:30 p.m.

This article was brought to you by one of our awesome staff writers. Some of our writers don't want the fame and glory that comes along with being awesome, so we respect their privacy. Want to tell them how good their work is? Write a comment below and leave them some love!
Previous Asheville Humane Society Joins Best Friends Animal Society in a National Pet Adoption Promotion
Next WNC Human Resource Association to Present Donation to Area Non-Profits